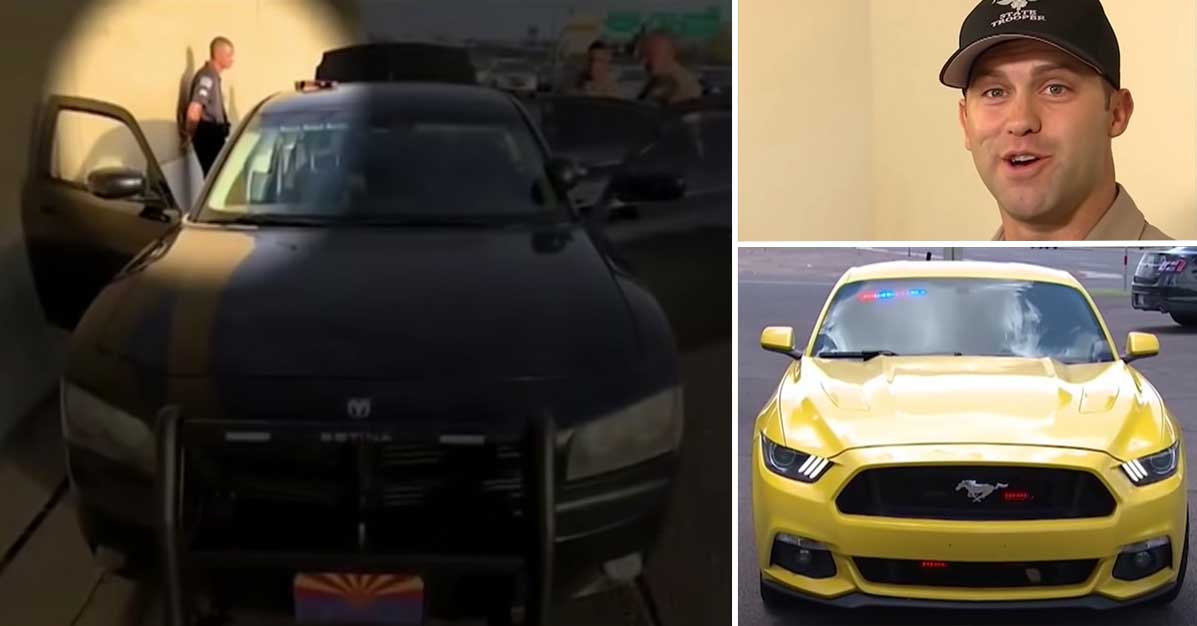 There are some situations that seem like they have such long odds that they would absolutely never happen. This time, we run into the exact situation that is probably a once-in-a-century circumstance.

Odds are that most have heard, at one point or another, about people who like to impersonate police officers. For one reason or another, these folks will deck out their car in police paraphernalia and might even have a pretty official-looking uniform and badge to go along with the charade. What they do with that differs from case to case but in this case, things got downright crazy.

The fake police officer in question this time would be behind the wheel of a Dodge Charger. Dressed in a security guard uniform, the 44-year-old Mesa, Arizona man behind the wheel would end up pulling over a Ford Mustang.

As it so happened, though, the particular Mustang in question was driven by a couple of undercover police officers who were out on patrol looking for aggressive drivers. After attempting to pull over the Mustang and failing, the officers in the Mustang would pull over the police impersonator.

We’re sure that this had to be quite a feeling for the person impersonating the police. What are the odds that you pull over a normal-looking sports car and there are a couple of undercover cops inside of it?

Naturally, the man was arrested and police found a handgun, handcuffs, and even pepper spray in addition to the security uniform. The perp says that he was just trying to protect the public but for some reason, we’re not sure that we really believe him. Down in the video below, we get to hear from the officers and learn a little bit more about this situation that almost seems too obscure to be true.

« Towing Wins and Fails Show us Just How WRONG Towing Can Possibly Go!