Police Projectile Dart Looks Like Something Right Out of an Action Movie, No More High Speed Chases! 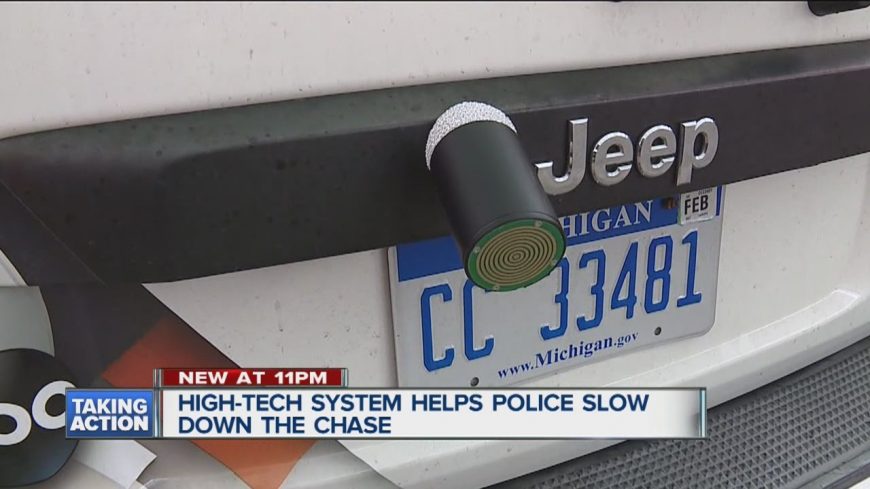 Every car guy remembers the police chase scene from the second Fast and Furious movie where Paul Walker had to lean out of the window to get rid of the police device that had clung on to his Mitsubishi Evolution. If you don’t remember what happened, basically the police in the movie had come up with a device that they could shoot at a vehicle to disable all of its electronic systems, rendering it unable to move which would allow them to move in for the arrest.

While that system isn’t necessarily a reality, this time, we check out a police tool that most definitely reminds us of that movie scene as police technology moves into the future and becomes more advanced. This time, we check out a projectile system that aims to make police chases much simpler and safer for all parties involved, potentially removing the chase aspect altogether.

With this dart firing system, police are able to take more of a hands-off approach to chasing down potential suspects in their vehicles. When the dart is fired and sticks to the car in question, it sends out a GPS location to a computer that allows police to break off of a Chase and simply look up where the dart travels to so that they can find the suspect in a much safer way instead of barreling through the streets in an unsafe chase.

Now, the system does have some downfalls like the potential for a dart to miss the target or the possibility of having someone rip the dart off after losing their tail but if everything works out to the most ideal circumstances, this could prove to be at least a good first step in making sure that all of these sequences go down in a much safer way because you never know what’s going to happen if a high-speed chase unfolds with a driver who will do anything to get away.