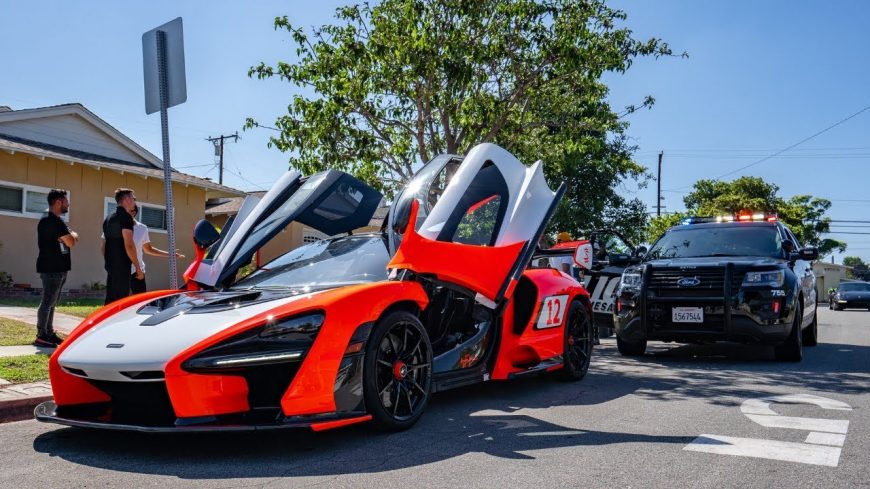 In this day and age, it seems like it’s almost impossible to operate a vehicle in California. With the strictest vehicle code in the country, by far, modifying a vehicle is almost like handing over the keys to the state. Heck, there’s a good chance that someone who modifies someone else’s vehicle will be fined in the state.

It seems like the only thing that someone with a passion for cars can do is roll around in a factory automobile. Picking out the right car from the factory is very important since there is no modifying it to make it your own. Well, at least we thought that was the case. It seems like, in reality, even some stock cars can’t even commute without being picked on!

This time, we take the opportunity to catch up with the YouTube channel of Manny Khoshbin. The YouTuber appears to have made some proper moves in life as to get himself behind the wheel of a McLaren Senna. However, one Costa Mesa police officer apparently wasn’t too happy with the car’s exhaust. In fact, the Senna owner would be ticketed for having an exhaust that’s too loud for California vehicle code. He says that the police officer went so far as to say the exhaust was modified. This is a claim that Khoshbin denies.

A Stock Senna is still illegal

This is certainly an issue that most would have an issue with if they got pulled over. However, it turns out that both parties are right. Figuring this one out is going to take an experienced judge. As it turns out, the Senna’s exhaust note has been measured at a whopping 102 dB. However, California vehicle code limits vehicles to 95 dB. Technically, the vehicle is outside of code but we’re just going to avoid touching that one. There’s certainly an argument to be made on both sides of this debacle.