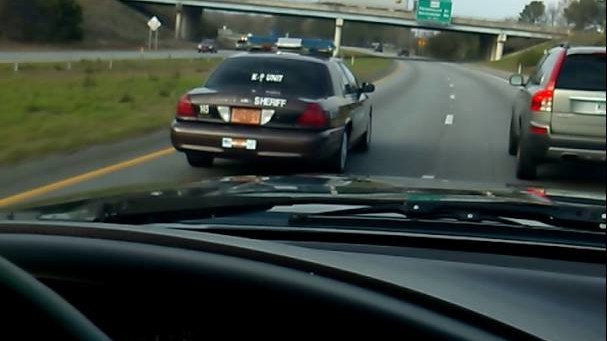 In this day and age, it’s tough for police to navigate through their daily functions as is. While some police are just showing up and doing their job, going above and beyond to serve their community, others like to take the already volatile situation and make it even worse.

Today, we check out one of the latter that shows off a childish stint of road rage that puts several motorists traveling on the highway, including himself, in danger.

We’re not too sure why, but the out of state police officer found it necessary to hold up traffic by driving slowly, then when a driver holding the camera attempted to pass, the officer sped in front of him and slammed on his brakes!

We couldn’t believe this when we first saw it, but after watching it several times, it’s setting in. What do you think of this display of road rage?