Sometimes, the simple act of showing your aggression verbally can lead to a situation ...

Sometimes, the simple act of showing your aggression verbally can lead to a situation that you might not be able to walk away from. Therefore, we would probably recommend that in pretty much every situation that you come across, you take the time to think it through rationally and pick the most mature thing to do, attempting to remove yourself from any and all potential negative consequences that lay on the horizon. You never know what other people are capable of even when you think that you have the situation all figured out.

Right along with that way of thinking, we follow along with a situation that has Florida police looking for a man driving a lightly colored Mazda that got into a road rage altercation with an individual on a motorcycle. It’s not clear what kind of words are being exchanged or why exactly these people were jockeying back and forth for position and trying to get the better of one another, however, stories say that the car would brake check the bike before eventually swerving into the rider and knocking him to the ground entirely, causing one heck of a dangerous place to be. I’m not sure that any words that were thrown around or any traffic maneuver would be worthy of a retaliation like this but you really never know with some people.

As a following motorist noticed the situation unfolding in front of them, they would pull out their cell phone to record the entire ordeal as it happened. We have to warn you that this video was a little bit shocking and shows you exactly what people can be capable of if you get them angry enough. This is a situation that we would never want to get tangled up in or wish on even our worst enemies. 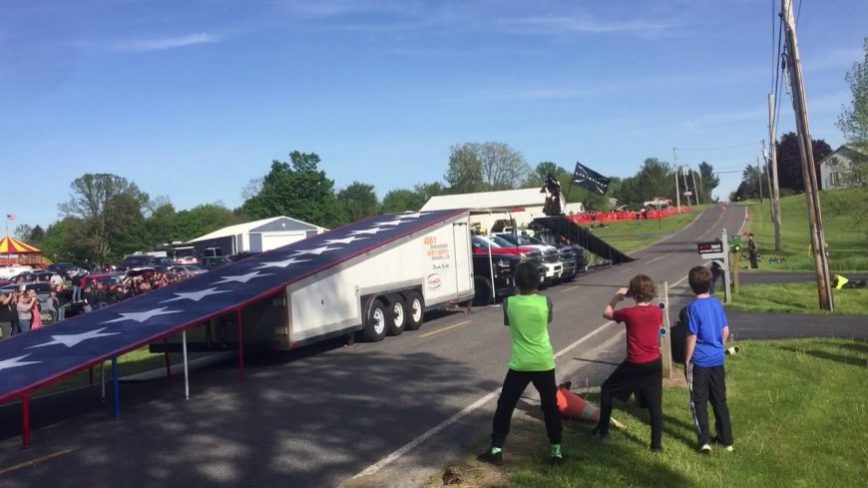