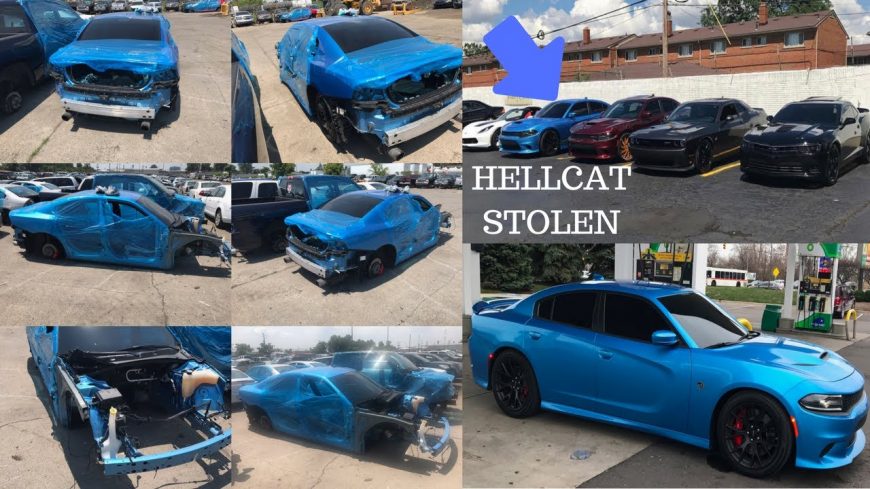 I can think of very few feelings worse than finding out your car has been vandalized or, even worse, is missing. Turns out the Hellcat lineup has quickly become a prime target among thieves, meaning we’re starting to see more and more of them stolen. As always seems to be the case, the thieves have learned the cars’ security vulnerabilities and know how snatch the high-horsepower rides in a matter of moments.

In the case of the Hellcat Charger, it seems the weak point in the security system is windows in the rear doors, though there may be others. Thanks to the victim’s security footage, we know that’s how they got into his car, though they didn’t knock the window out, they managed to remove it almost in one whole piece.

Once the thief was inside, he managed to knock the car out of park and he and his partner pushed the car out of sight. At that point, its was all over but driving away, which they did, directly to a chop shop, where the car was completely dismantled.

In the second part of the video, you can see the sad state of the car after the bad guys have had their way with it, literally leaving very little more than the actual body and chassis. With the blown hemi powerplant drawing a good chunk of change, we have to assume that came out first and will likely never been seen again. The rest of the car’s components are obviously worth something too, though, judging by how completely the car was stripped. Hellcat seats are likely sought after for all kinds of custom builds, from street rods to restomods.

Hopefully Hellcat Charger owners can take this info and use it to keep their cars safer. If possible, park it in the garage, and if not, make sure its parked in a well-lit area with security cameras, so at least you’ll be able to see who got your car, should it get swiped.

« John Cena gets Spooked by a Ford GT’s Frankenstein Roar!