Getting out on the water in a boat can be a rather expensive endeavor. Depending on ...

Getting out on the water in a boat can be a rather expensive endeavor. Depending on how all-in-one really wants to go, it could be easy to spend thousands of dollars if not hundreds of thousands of dollars on the venture. Unfortunately, we don’t live in a world where everybody has that much money to go boating. Luckily, there are ways of getting on the water on a budget. You might have to get a little bit creative sometimes, though, to build the optimal situation.

This time, we check in with a YouTuber by the name of zoffinger. Some might remember this as the guy who decided to put an outboard engine on a paddleboat. This time, he breaks out the creativity again in bringing us a project that a lot of folks should be able to identify with.

For those with a little bit more of mechanical inclination, something like this could very much be in the wheelhouse. This project is going to take a little bit of elbow grease and a couple of tools. However, in this one, we watch as the YouTube user gives us the ins and outs to get on the water on a budget. The way that he expertly crafts the vessel in order to be the ultimate budget build is incredibly satisfying to watch come together.

The video below shows off of the expert craftsmanship. At first, it’s hard to tell how exactly this thing is going to pan out. However, after a while, with each step added, the finished picture becomes all that much clearer. If this isn’t inspiration to get a little bit creative, we aren’t quite sure what is. Even for those who don’t want to take on the entire project, there’s certainly a lot to be learned here.

Inside Look: Ride Along With 12 of the World's Fastest Boats 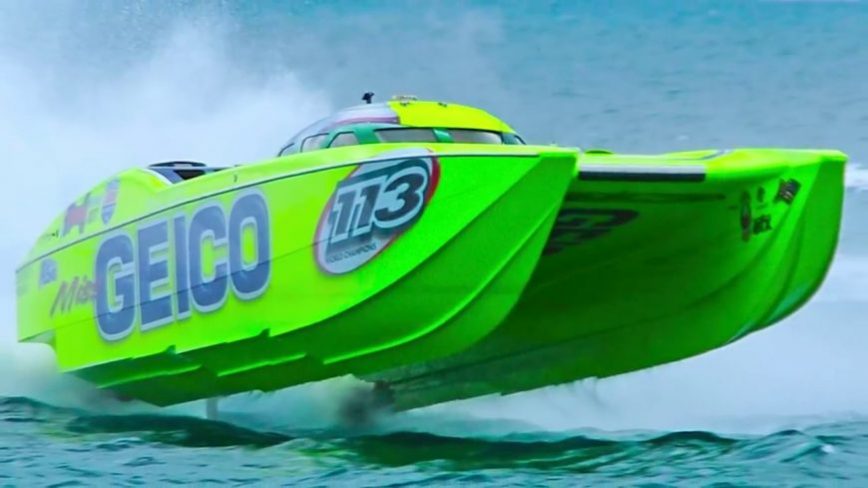