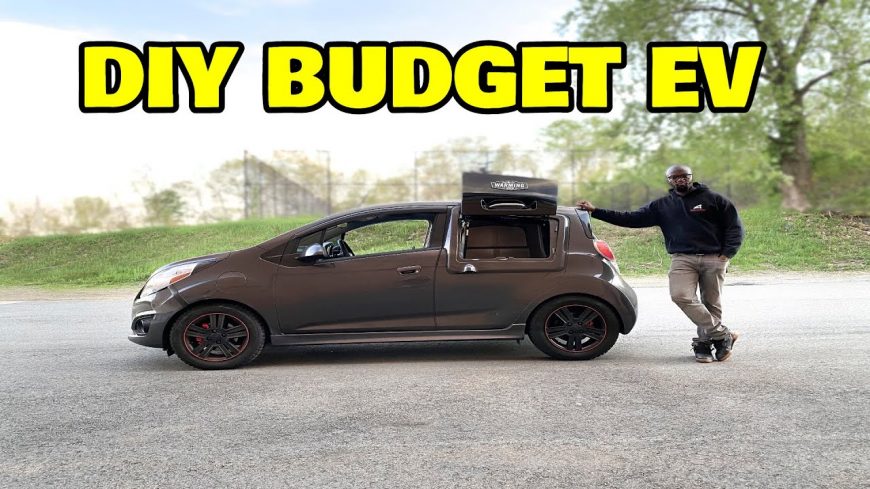 In the electric car YouTube community, Rich Rebuilds seems to be one of the category’s leaders. The man behind the channel has become most popular for duking it out with Tesla over the right to repair the car. As the story goes, he lobbies that every Tesla owner should have the right to work on their vehicle. Meanwhile, Tesla tries to put measures in place in order to keep the repairs in-house.

Even though he is vocal where he disagrees with Tesla, Rich Rebuilds also seems to be one of their biggest enthusiasts. As such, it has spawned an entire channel surrounding electric vehicles. This time, we take a dive into something that isn’t a Tesla but instead, a Chevy Spark.

The car that was formerly hooked up as a pizza delivery car, complete with an oven, is being transformed into something else entirely. In a collaboration with another YouTuber by the name of Samcrac, it’lll become an electric car!

The whole goal of this project seems to be to create a somewhat reasonable electric vehicle on as much of a budget as possible. The shoestring budget amounts to all of $2000. If we’re speaking honestly, we would probably argue that there aren’t many decent cars available for that price. Being able to build an electric car for such a budget would definitely be something worth writing home about.

By following along with the video below, we get the check out the recap that highlights what this build is all about. This just goes to show you that, with a little bit of resourcefulness, all sorts of ideas can really come to life. Now the main question is if this YouTuber’s daughter will be willing to swap out her Toyota Tacoma for the electric car that her dad built on a budget.

« Just at Idle, this Cammed Out Chevelle is Incredibly Intimidating