When it comes to going fast, it’s surely no secret that the effects of not ...

When it comes to going fast, it’s surely no secret that the effects of not being able to stop can be rather devastating. Therefore, it’s arguable that stopping power is just as important, if not more important, than going power. This time, we check in with a situation that ends up getting incredibly scary. This one would show the mechanics behind stopping a speeding Porsche not quite aligned properly.

The car in question is nothing short of impressive. in fact, the Porsche 9ff 911 Turbo was capable of 1800hp. When rocketing to a top speed north of 225 mph on this run, it looks like the car used all of that power. However, when it came to slowing down, something just didn’t occur in the right order.

From the looks of the video, it appears as if the driver in question was used to a different amount of stopping distance. Therefore, the particular track here wouldn’t provide enough room for the car to get slowed down. Even though the driver tried his best to bring down the car from its speed of over 225 mph, things didn’t go according to plan.

As the driver seemingly hit his brakes right at the sign that indicated that it was time to stop, a hay bale would approach rather quickly. The car hadn’t managed to slow all the way to a stop just yet. However, the end of the racing surface would near. In a moment, the driver was forced to react quickly. Yanking the wheel to the side, it looks like the Porsche clipped the hay and ended up rolling over. Luckily, it doesn’t appear as if the driver was too injured in the incident. However, the car wouldn’t look too happy. It became a mangled mess, as a result.

Unfortunately, this looks like the end for this particular Porsche. Beyond some parts potentially being salvaged, this one is probably off to the wrecking yard. On the bright side, though, It looks like the safety equipment on board did its job. – Car Acceleration TV. 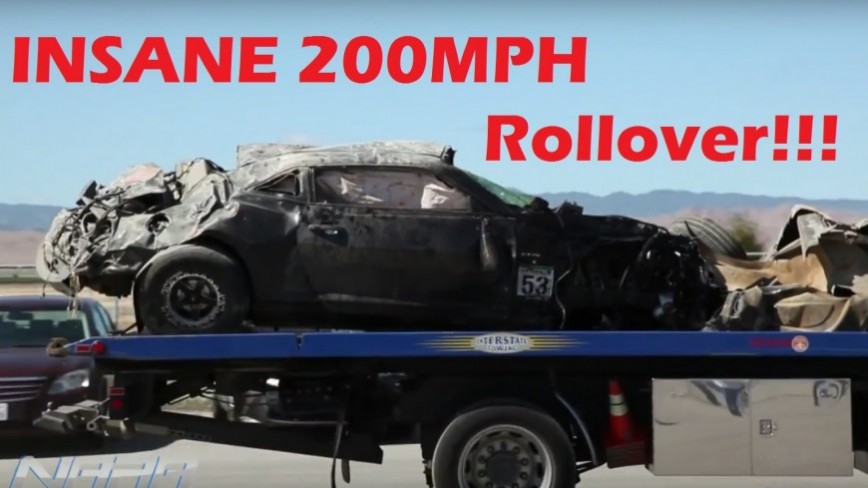