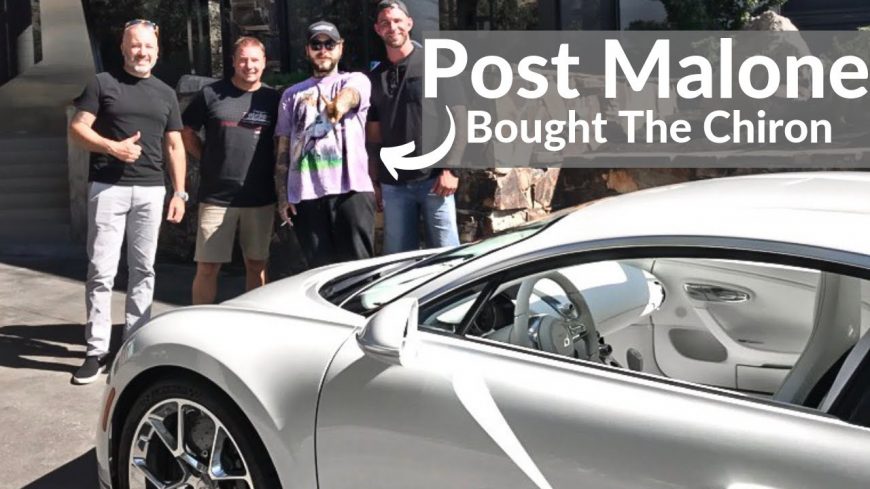 When someone manages the level of success of artist, Post Malone, the toys can certainly follow. After tireless touring and album creation, Malone has definitely earned the right to purchase himself a couple of goodies.

Just a couple of days ago, Malone’s new album was announced. In the coming week, on Friday, September 6, “Hollywood’s Bleeding” will hit shelves and streaming platforms everywhere. It seems as if Malone is looking to cash in on some of his success in advance of the new record. If this one is anything like the last, we’re sure that his latest purchase will amount to nothing more than a drop in the bucket. After all, the guy can’t seem to stay away from the top charts.

The folks over at OB Prestige Auto announced the news as Malone would add a unique member to his collection. From what we have seen in the past, Posty enjoys cars that are a little bit offbeat. This includes the likes of a 6×6 Ford Raptor and a bagged, LS-Powered Chevrolet C10. They don’t necessarily seem like the traditional “rapper cars.”

However, this time, Posty couldn’t help but get into something that might just fall into the cliché category a little bit. We absolutely can’t say that we blame him for this purchase, though.

On the other end of $3 million spent, Post Malone is now introducing to his collection a new Bugatti Chiron. When he got behind the wheel and started to drive, Post exclaimed that this is like nothing that he’s ever driven. That certainly means a lot coming from the artist as he has quite the collection exotics. It really does seem as if this machine clad in white may just be the cornerstone that he’s been looking for to add some sweet icing to his garage.

The video below shows off his reaction to the car which is nothing short of a kid in a candy store. The one-off machine is sure to turn heads wherever it rolls.

« Checking Out a $7,000 Border Patrol Raptor, the Cheapest in the USA