Lamborghini is a company that has really cranked out a bunch of vehicles that are to ...

Lamborghini is a company that has really cranked out a bunch of vehicles that are to admire. Even on the surface of the company, without diving too deep into it, this is quite the obvious observation. Even though they have had their slight dips with obscure vehicles in their past, it really seems like overall, the company has managed to maintain quite the brand image, coming out with machines that everybody and their mother would love to have in the garage. This time, we dive into one that certainly is no different and gives you quite the perspective to look at it from.

Instead of getting a walk around of this car that shows off the details that have been included to bring together the one-of-a-kind machine from the aggressive styling all the way down to the stitching in seats, this time, instead, we get the chance to take a look at a car from behind the steering wheel. That’s right, from the perspective of none other than the man himself, the driver. When you get a chance to plant all the way into the throttle here, it really is insane to watch as the car absolutely screams before taking off and trying to leave its shadow in the dust!

Follow along in the video below that will put you in the best seat in the house, absolutely giving you a complete adrenaline rush as this driver gives the throttle all that it’s got on his way to making quite the impression with the Lamborghini Sesto Elemento. This experience is almost second to none as the driver really gives us a good taste of what happens when you unleash a $3 million machine like this. After watching this video, if you have any inclination to go to fast whatsoever, we get the feeling that you’re going to want to get behind the wheel of this bad boy for yourself.

By Invitation Only: Inside The $3 Million Lamborghini Sesto Elemento 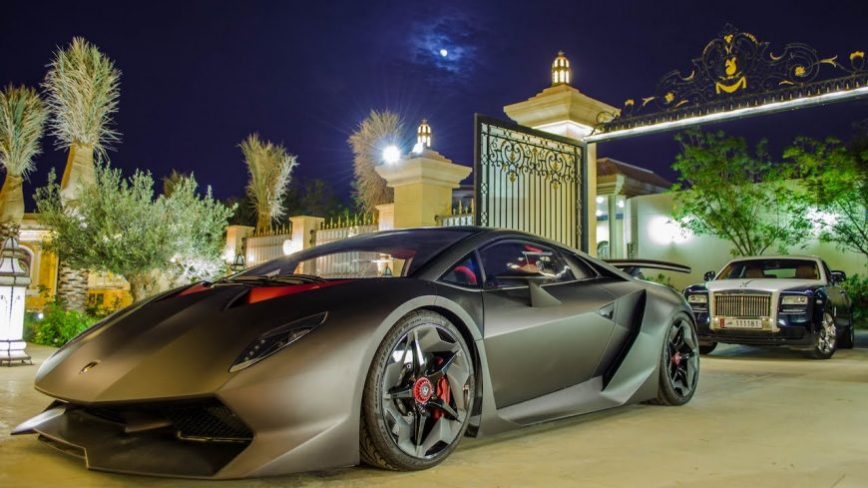