Prankster Puts “How’s My Driving” on Back of His Own Van, Talks Smack to Callers 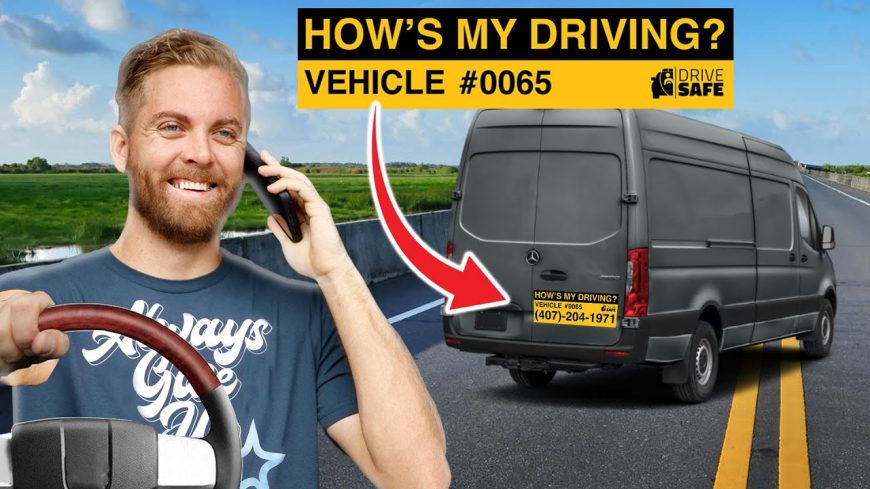 In order to keep drivers honest, sometimes, companies will slap a sticker on the back of their vehicles, enabling other motorists to formally complain. Essentially, it seems like the idea is to try and weed out any bad apples that the company might have hired. In the long run, not only is this saving the equipment and the driver’s load but could also keep the company responsible for the vehicle out of insurance trouble as well. Never know how much damage a truly bad driver might be able to do!

Most of the time, these decals go unnoticed by motorists who pass. However, every once in a while, maybe somebody feels inclined to dial up the number and file a complaint about a driver who isn’t using the roadway particularly well.

This time, we check in with a YouTube prankster who decides to basically set up people wanting to call the number. After slapping a “How’s my driving” sticker on the back of his van with his own phone number, this prankster heads out to the streets to wreak havoc in the funniest way possible

Naturally, in order to make this prank work, some erratic driving has to be thrown into the mix. After a little bit of swerving and some extra braking is thrown in, drivers are making calls left and right to do what they can to complain about the driver.

It’s at this point that they’re met with a whole lot of smack talk. That’s definitely not what these motorists were expecting when they called in and definitely creates a moment that they likely aren’t forgetting anytime soon. Down in the video below from Vlog Creations, we’re able to ride along for the action to see exactly what people think of this work van gone wrong!