Last night, all of America heard Memphis’ very own headhunter queen Precious claim that she was undefeated by the 405. In case you were living under a rock and missed the Season 10 premiere last night, the beginning of this video, posted today on Murder Nova’s Instagram, shows the moment in question from last night’s episode.

What the rowdy redneck wheelwoman seems to have forgotten, Shawn and company wanted to help her remember. It seems dear Precious has forgetten about a certain Cash Days from the summer of 2016 when JJ Da Boss showed up with Heifer – with Precious behind the wheel – and wound up drawing Murder Nova in round two. What happened next, as you can see the video below, is nothing less than an outright ass whipping.

Shawn and Precious laid down their burnouts, backed up, and inched toward the starting line. After pulling Precious to the line, Murder Nova built up the boost and bumped up to the line as well. The starter hit the light and Precious actually jumped out to a lead over Shawn, but that lead quickly turned into a deficit as Murder Nova drove clean around her and put a gap on her before the finish line, proving that on this night, Precious and Heifer were no match for one of the 405’s fastest hotrods.

Notice, if you will, that this video doesn’t take place on a closed down road in rural Oklahoma. Cash Days is a Texas event, and there are no television cameras or auxiliary lights. This is real life, the-cops-might-show-up street racing so there’s no claiming that Shawn knows the road better because he races on it every weekend, or any of the other excuses often heard. This is just flat out kicking ass and now the rest of the world can see that Precious needs to rethink her claim of being unbeaten by the 405.

After the TV Cameras Stop - Streets of The 405 Thanksgiving Grudge Racing! 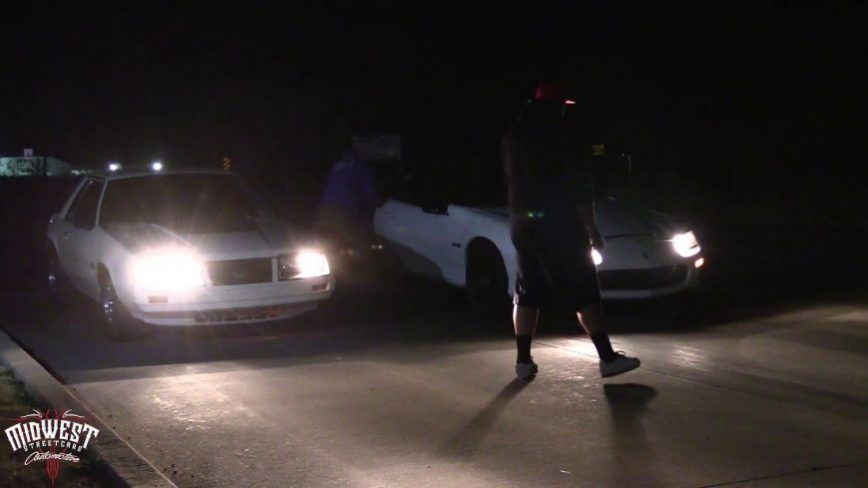