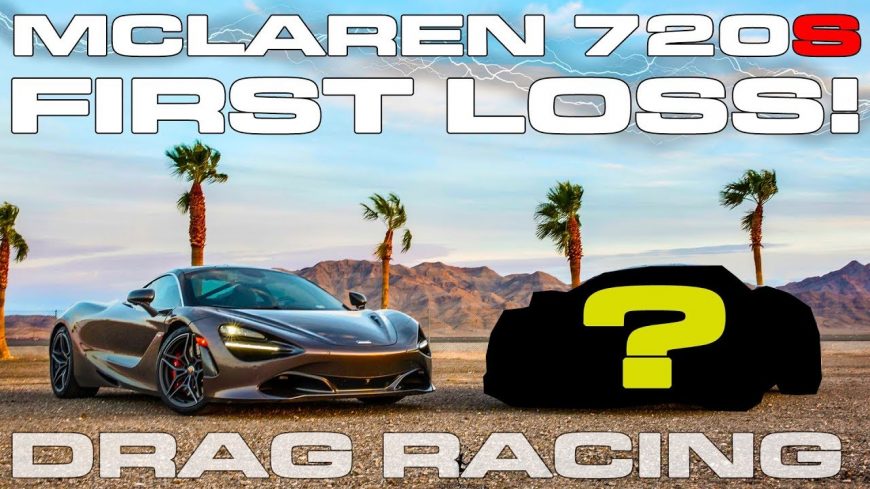 Brooks over at Drag Times has been having a field day, racing a plethora of badass rides in his stock McLaren, a car that is admittedly a beast from a dig and a roll up to about 180 or so – by my best estimate anyway – which is as fast as anybody wants to go on the streets of Mexico. He’s even beat up on some modified cars that seemed to be candidates to hand the McLaren its first loss.

However, the king has fallen… Sort of.

You see, it actually took another McLaren 720S, one with a couple of minor but effective modifications, to take down the stock version, which is obviously al logical outcome. The modification truly are subtle and if you didn’t know the car really well, you’d have no idea it had even been modded except for the aftermarket wheels. However, the upgraded downpipe and high-flow catalytic converters free up enough extra horsepower to make a definitive difference between the two cars, especially on the top end.

In fact, while many will argue this point, it seems like the higher flowing exhaust seems to have hurt the 720S down low, with the stock version jumping out front almost every time they raced. However, once the rev’s start to scream and the boost builds, the free flowing pipes allow the car to breathe a little better and pull back around to take the win. They line up and race a bunch, from a dig and from a roll, to firmly establish the outcome and gather some data. I can only assume Brooks will looking to add a little more horsepower to his 720. His estimated increase of 40 or horsepower seems about right for a less-restrictive downpipe and higher-flowing cats. We’d like to see some dyno numbers to back that up, but that should be reasonably close.

So you tell us, does it count if the only car to beat the McLaren is a modified version of the exact same car?

« At Face Value, a Car is Probably Not a Great Investment, Here’s Why