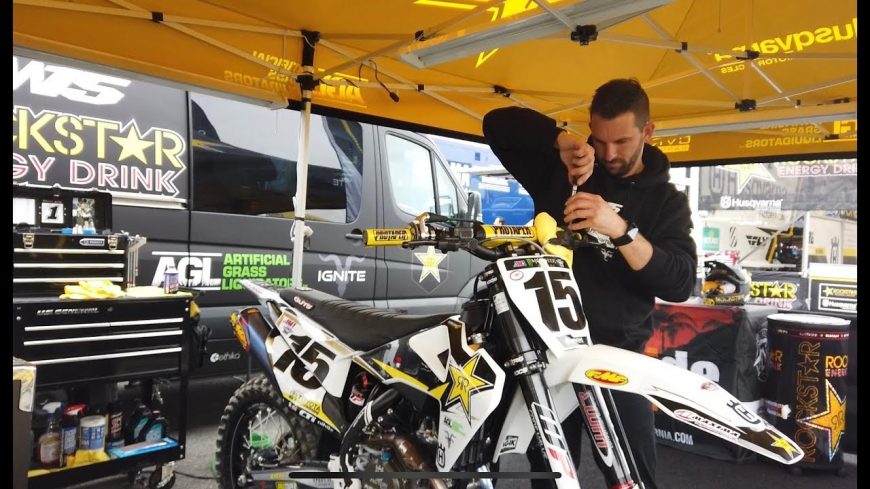 Last year, we saw a privately-funded team take the world championship in NHRA’s Top Fuel class for the first time in two decades. Seeing Steve Torrence and the CAPCO Boys take the title proved that the massive corporate teams can be beaten if you have enough heart, determination, skill and a little luck. Having a pile of money certainly doesn’t hurt either. Privateer supercross racer Dean Wilson is approaching the 2019 Monster Energy Supercross championship from the same angle.

Despite having no factory backing like every other major team, Wilson and his crew have kicked off the season with a solid showing in the first race in Anaheim, CA’s Angel Stadium.Dean recapped the weekend with this vlog, featuring a look at what goes on in the pits at a major supercross event. The weekend opens with a stroll through the pits, before the riders and their crew chiefs take to the track to walk the course, familiarizing themselves with the layout.

After the track walk, it’s back to the pits, where Dean warms up with some cardio before suiting up and heading out for two rounds of qualifying. He lays down a killer lap that puts him second on the qualifying sheet, proving he’s not to be taken lightly. After qualifying, Wilson spends some time shaking hands, taking photos and signing autographs for the fans, who line up in droves to get a moment with Deano. He then heads to the stadium for rider introductions and opening ceremonies, before hitting the cardio again in preparation for the first heat.

Dean got the holeshot in the first heat and held the lead until midway through the race when a poor line choice allowed one rider to slip by. Wilson would finish second and earn a trip to the main.

In the main, Wilson once again jumped out in front with a strong holeshot and lead most of the race, before having lapped traffic divert him from his preferred line. The seemingly insignificant miscue threw Wilson off his rhythm and allowed a couple of riders to pass him, leaving him pushing a little too hard to try to catch up and making small errors that lead to a 4th place overall finish.

We love to see Wilson mixing it up with the factory teams and pushing those guys to the limits. It’s only a matter of time before he climbs to the top of the podium and scores a big win for the privateers!