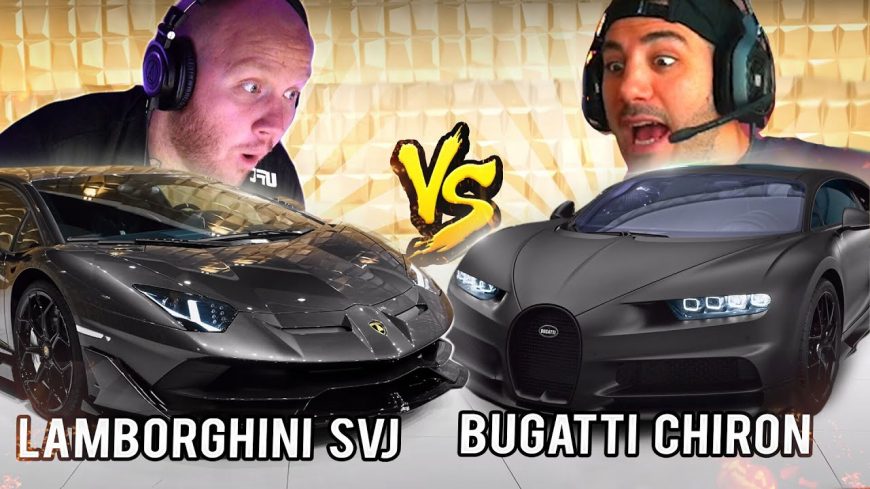 When it comes to high-performance automobiles, there are a lot of factors that come into play with how they become iconic. With many of these factors, things can definitely be subjective. However, the cars that are widely regarded as being toward the top of the ladder generally have most of these factors in order if you ask most of the spectators.

For example, with a supercar, you don’t want something that’s going to look the part but sound like a Honda when you start it up. No offense Honda owners but I don’t think that even you would want to buy a Lamborghini or Bugatti and have it start up to sound like a four-cylinder.

This time, we check in with a pair of supercars to see exactly how they sound when they go head to head. In one corner, we have one of the most iconic automakers in Bugatti that is well known for building hypercars. The example that we take a look at this time is none other than the Bugatti Chiron. On the other hand, we check in with a high-end Lamborghini in the Lamborghini Aventador SVJ. The car has quite the racing heritage and definitely the performance to match. This is rather evident when we hear the exhaust note produced by the glorious machine.

Down in the video below, we check in with both of these exhaust notes as curated by Tim The Tatman. In this one, he takes the time to really break down the sounds, comparing each one to the next. Again, something like this is rather subjective and we think that both are quite rich-sounding notes. However, at the end of the day, each one has its very own unique tone that makes its respective car stand out from the group.

« Crazy Demonstration Shows How Fatal an Improperly Balanced Trailer Can Be