Pro Stock Racer, Alex Laughlin Gets Shocked on the Street With Ride in 1600 HP GT-R 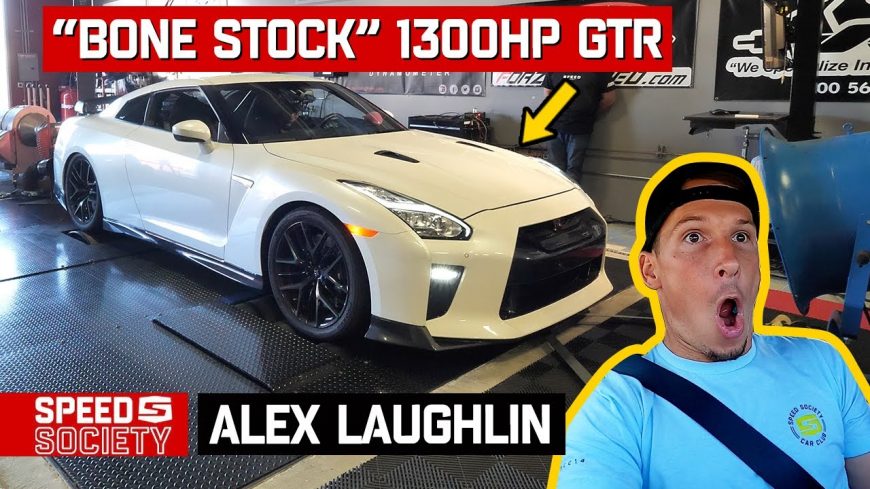 For those who have yet to meet Alex Laughlin, he is one of the most competitive drivers on the NHRA Pro Stock circuit. Needless to say, someone who is used to putting that much power to the ground is going to be rather difficult to impress with a car. However, we think we might’ve come up with a little bit of something that could put Alex on notice!

Sure, he’s used to wheeling some of the most powerful machines on the race track. However, when it came to throwing down on the street, we thought we had a little something up our sleeve to really get the blood pumping here. As it turns out, when you throw a 1600 hp Nissan GT-R into the mix, things can tend to get just a little bit intense. Sure, it might not exactly be the same amount of G-forces that are thrown at someone cutting the wild 60-foot times that we see out of a Pro Sock car. However, the experience of all four wheels putting tower down on the street is definitely something that could get the adrenaline going.

This time, Alex rides along for a day behind the scenes at Speed Society. In this Speed Society daily, we get to check out that very 1600 hp GT-R that we alluded to. As it turns out, even for someone as well-versed in the world of horsepower as Laughlin, a machine like this tends to put a smile on his face. We might be so inclined to say that the incredible machine might’ve shocked Alex just a little bit with the acceleration that the Japanese monster is capable of!

By following along with the video below, you’ll be able to join in on a day of automotive hangouts. Heck, this might even get the adrenaline flowing for you through your phone screen!