Sorting Through the Problems With Buying a Cheap Bugatti Veyron

Sorting Through the Problems With Buying a Cheap Bugatti Veyron

In this day and age cameras are practically everywhere. This includes the pockets of ...

In this day and age cameras are practically everywhere. This includes the pockets of most people. Long story short, nobody can truly know who is watching out in public.

Most of the time, this isn’t an issue unless someone is afraid of the whole idea of a big brother coming to life. However, for the owner of one Bugatti Veyron, it would cause a massive headache. The entire situation would spiral into a sticky insurance fraud case.

The situation would become probably one of the most viral and reposted crash videos on all of the internet. The splash heard round the world would be seen millions of times. The scene was nothing short of the wild as the exotic would plow straight into the water. The wildest part is that is was all done, seemingly without warning or reasonable explanation.

Now, a Bugatti Veyron is a car that’s probably not going to be too easy to fix up. With all that water damage among other issues, most in this spot is as good as gone. For anyone looking to get something like this fixed up, labor costs are going to be through the roof. That doesn’t even consider that it probably needs major components replaced. Parts costs are sure to be absurd, as well.

Essentially, the car would effectively be relegated to junk. Luckily for the Bugatti, YouTube user, Tavarish, is always out there and looking for just that junk. As he describes it, the project would be above his pay grade. However, it was something that he was excited to jump into nonetheless.

By following along with the video below, we see what happens when somebody gets the cheapest possible Veyron that money can buy. Sure, the new owner might’ve saved a little bit of cash upfront. However, the investment after-the-fact would quickly bring him back down to reality pretty quickly.

As one could probably imagine, fixing up the totaled Bugatti was probably something that came with its fair share of unique challenges. For those who are ready to dig into exactly what those challenges might be, grab that popcorn.

This one is about to get intense on the VINWiki YouTube channel.

New Cannonball Run Record, Here's How They Did It And Made Their Car Invisible To Cops. 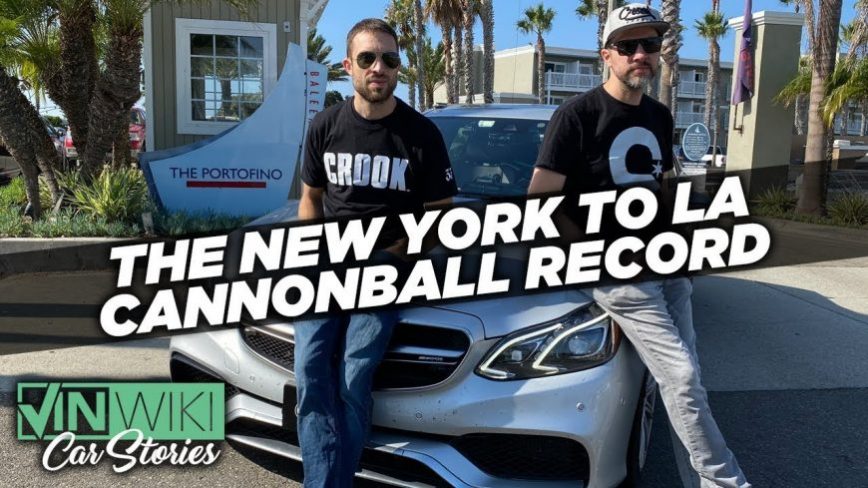