For most performance enthusiasts, the release of the C8 Corvette was definitely an ...

For most performance enthusiasts, the release of the C8 Corvette was definitely an exciting time. However, for parts manufacturers and tuning shops, it meant the beginning of a new chapter of research and development.

Not only are companies like ProCharger excited to see what the new Corvette architecture has the offer. From the very first moment that they get their hands on one of these new releases, they are gearing up to release aftermarket parts.

As of today, we now learn that ProCharger is ready to come to market with the world’s first C8 supercharger kit.

Per the company’s website, “Thanks to the engineers at ProCharger, you can now add 180-225+ more horsepower to an otherwise stock C8 Corvette (including stock exhaust). That’s right, the car that is already making waves with the performance numbers coming from its LT2 now can get a major boost in performance.”

We also learn just how powerful a C8 will be with the ProCharger under the hood. With 675 ProCharged horsepower, a ProCharged C8 will pack more of a punch than the newly announced C8 Z06!

Besides, with how difficult it’s likely going to be to get a C8 Z06, granted it’s still a bit difficult to get a regular C8, this is power that you can have in the matter of a couple of weeks!

The $12,899 “tuner kit” comes with everything that you’ll need to give your C8 a little bit of boost, including an intercooler. Furthermore, the bolt-on kit promises to be a pretty straightforward install with no engine removal required. Per ProCharger, the 6.5psi of boost that the kit offers out of the box won’t even require engine tuning to drive.

Down in the video below, we learn what exactly it took to get the centrifugal supercharger ready for the C8 and how the company used its expertise to deliver the product to market. 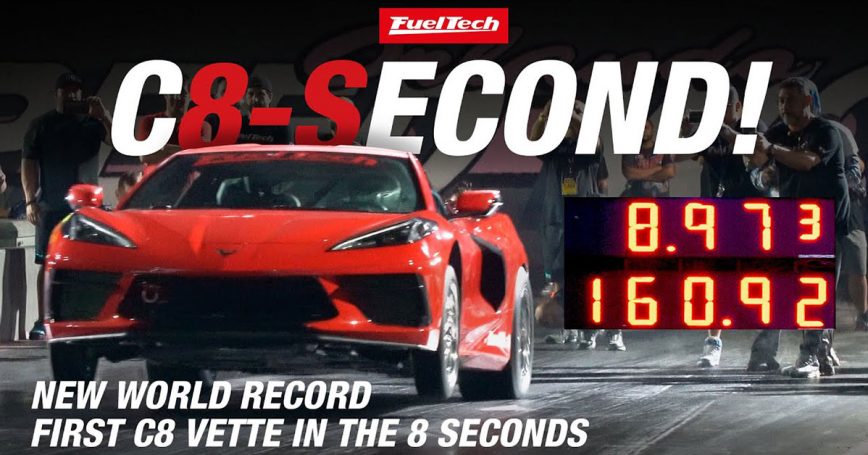