Quintin Brothers and ProCharger are pushing through some adversity this week.Grab 12X ...

Quintin Brothers and ProCharger are pushing through some adversity this week.

For those unfamiliar with the SEMA trade show, it hosts the “Who’s Who” in the automotive industry. Massive amounts of time, money, and effort are invested in producing showpieces for the event. The folks over at ProCharger along with the Quintin Brothers can certainly say that they had invested in their presence at the show. That investment came partly in the form of a Dodge Challenger built especially for SEMA by Quintin Brothers.

However, in the week leading up to the 2019 show, the car slated to show in ProCharger’s booth was stolen. Thieves managed to make off with an F-250 before also stealing the trailer with the Challenger inside. As the vehicle was being transported, the keys were left in the car locked inside the trailer.

This is where the story begins to intensify. After finding out that the car was stolen, the search was on to recover it before the show. We spoke to Erik from ProCharger and he recalled that the situation got rather tense as the police chased clues around Las Vegas.

There was a feeling of helplessness as ProCharger representatives continued to get text messages from people who spotted the car in various places throughout the city. Apparently, the thieves had no intention of keeping things low key as they’d apparently been spotted doing burnouts all over the area.

Eventually, police would locate the car but this isn’t where the story would end. The person behind the wheel of the Challenger wasn’t going to give up. The story played out like a Hollywood movie as the car would be chased to a parking garage where things seemed to be over. As the driver climbed the levels of the garage in the car, the chase was just beginning, though.

The pursuit that led to the parking garage started with four cruisers in pursuit. After being trapped in the garage, the suspect would proceed to ram into the police cruisers to escape. The issue would immediately escalate as the four cars in pursuit would grow to fourteen.

When the machine eventually made it to the interstate, the driver let loose and managed to lose the police before dumping the car in a nearby parking lot. Just as quickly as everything started, the chase would end. The suspect proceeded to hop on a bus and disappear into the night.

Attention everyone!!! ❗️❗️Huge thanks for everyone’s help and shares. The car has been found and is in police processing…

Posted by Quintin Brothers Auto and Performance on Wednesday, October 30, 2019

Up to the minute, police are still searching for the responsible party. As far as the Challenger, it is beat up but still will make its way to ProCharger’s SEMA booth

Lacey Blair Takes Her SEMA Build Mudding - She Shut Up The Haters! 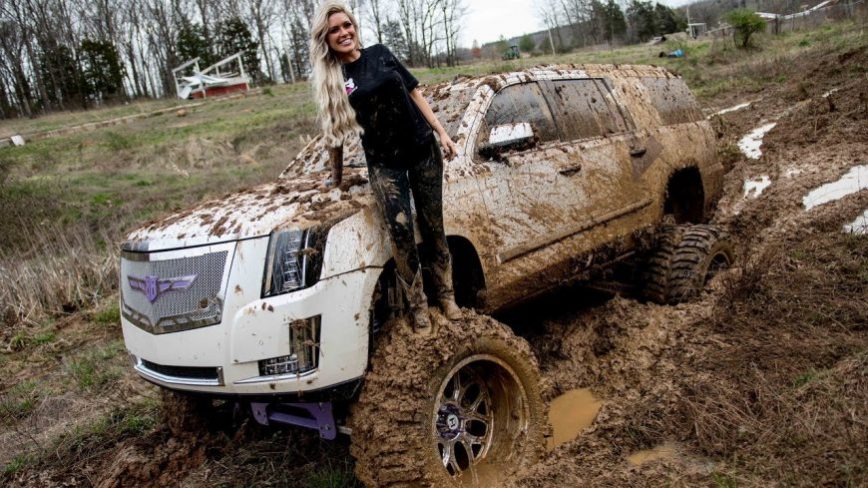