In livingrooms across the world, there is a question that we’re sure that lots ...

In livingrooms across the world, there is a question that we’re sure that lots of people have discussed. The question is how much money would it take for you to hop in the ring with a UFC fighter and go a couple of rounds? At the end of the day, we would think that there’s probably some amount of money that would convince even the timidest of people to hop in the ring. However, just considering something like this is absolutely terrifying. For those who aren’t terrified by going rounds with one of these fighters, they probably have no idea what some of these folks are capable of. Long story short, the folks who compete in the UFC are nothing short of a group of complete badasses, both physically and mentally.

With that, we can’t help but wonder if this sort of confidence and sheer brutality that these personalities bring to the table translates to other parts of life as well. For example, if we were to take one of these downright insane human beings and stick them in a fighter jet, could they maintain their cool? Sure, it takes a certain level of confidence to hop in the octagon with somebody who is professionally trained and has a killer instinct. However, it takes an entirely different kind of confidence to hop in a fighter jet flying all of those feet above the ground.

By following along with the video below, we get to see exactly that collaboration of factors coming together. In this one, we watch as professional UFC fighter, Jorge Masvidal, is taken up in the sky with the F-22 and F-16 Demo Teams for a little bit of a different kind of adrenaline.

How did this UFC fighter fare in such a high-intensity situation? Will this man’s training be able to help him out or is it going to be an all-new world? Find out below!

Reporter Flies With the Blue Angels - *Spoiler* Passes Out And... 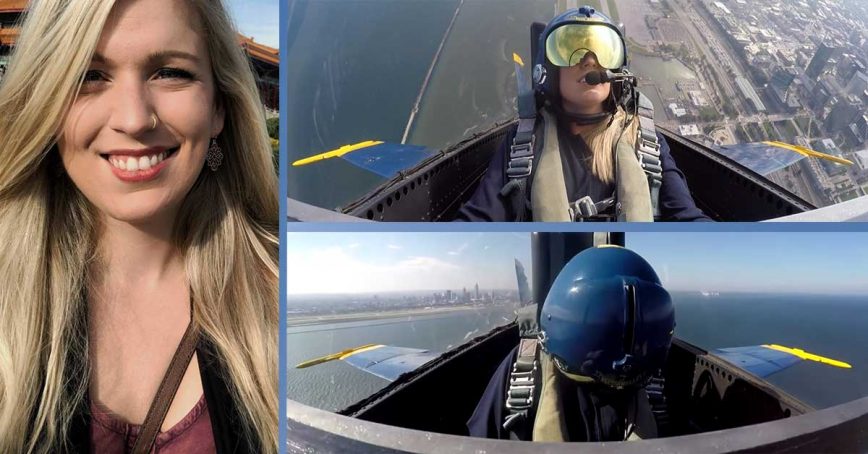