Project Tornado is the Tricked Out Polaris RZR Project Without a Budget!

Project Tornado is the Tricked Out Polaris RZR Project Without a Budget!

The land of the UTV can definitely be one that’s diverse and interesting. On ...

The land of the UTV can definitely be one that’s diverse and interesting. On the surface, the untrained eye might think that most of these machines are relatively similar. While they have some things in common, many builds simply go beyond others. There are almost no limits to what someone could do with one of these machines. All that it comes down to is the will to get it done and the budget to match.

This time, we check in with Project Tornado which is pretty much every builder’s dream. It seems like the owner just dropped this one-off and said to go crazy; spend whatever you want in the name of making this thing as awesome as it could possibly be.

When we feast our eyes on the end result, “Awesome” is definitely one way to describe it. The features list is incredibly long as this Polaris RZR Pro XP 4 has taken on a new face with all sorts of goodies.

As we’re told, the customer decided that he wanted to break necks and the internet alike. In order to do that, we find that UTV Source has added on everything from bumpers to exhaust but that’s just the beginning.

This thing has the important and integral aspects of a trick off-roader like a long-travel suspension but even manages to throw some creature comforts in the mix. For example, the entire interior has been decked out from top to bottom. Just when we fall in love with everything that we see, we learn that there are even more features, like heated seats that might not be the first to meet the eye, but really add a nice touch. It’s these small touches that really make the picture come together in a way that we can’t help but drool over.

Below, we get the chance to catch up with this build profile that really exposes us to what can be done with such a rig. While these things might be seen as utility or fun vehicles, the modifications can really spiral in a hurry hence the name of this build in “Tornado.” At the end of it all, we join in on the moment where the machine is shown off to its owner and we have to say that he seems pretty impressed with the accomplishment from UTV Source. Follow UTV Source on Facebook, Instagram, or visit the site for all your UTV upgrades! 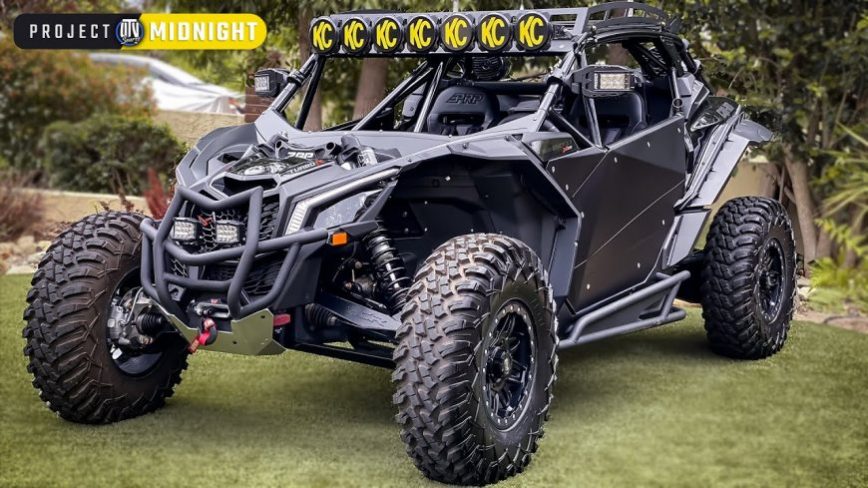