The final round of Pro Modified at the NGK Spark Plugs 4-Wide Nationals held this ...

The final round of Pro Modified at the NGK Spark Plugs 4-Wide Nationals held this weekend at zMAX Dragway was a exercise in up-and-down emotions. Packed with 4 of the baddest hotrods to ever grab a lane in the classes history, the fans knew very well this was going to be an epic final round matchup. In lane one, #15 qualifier Brandon Snider, who has held the PDRA’s Pro Extreme 1/8th mile record for over 2 years now, brought his supercharged car to the line alongside doorslammer legend Rickie Smith, who was racing his nitrous-assisted Camaro in lane #2. In the third lane of four, Jose Gonzales’ Q80 twin turbo Camaro would be racing out of the #4 qualifying slot, and in the final lane, #2 qualifier Steve “Stevie Fast” Jackson rolled to the line in his blown Bahrain1 Camaro.

The cars launched fairly close to one another, with the reaction times from 1st through 4th being separated by just .032 of a second. Gonzales was out first with a solid .021 reaction time, followed by Snider at .022, Jackson with a .038 and Smith’s .053 put him at a slight disadvantage off the line. Snider would blitz the first 60′ of the track with a stellar .940 sixty foot, putting him out front early. However, that gap would begin to close back up by the 330 foot mark, and around the 1/8th mile mark, Snider’s engine appeared to give up the ghost, leaving him to coast as the other three cars sped toward the stripe.

Turbo cars tend to build their momentum late in the run, and looking at the incremental times it was around the 660 when Gonzales’ ProLine Racing engines powerplant began to motivate him to the front. As the three cars under power approached the stripe, Gonzales and Smith were glued to the track, but Jackson, known for pushing the limits of traction and control, had begun to skate around. However, knowing the stripe was within reach, Jackson kept the throttle planted, eventually crossing the line just behind Gonzalez to take the runner up finish.

As he crossed the stripe, however, Stevie’s Camaro would turn to the right and slap the retaining wall, despite Jackson getting the chutes out right at the finish line. The initial impact likely broke something in the steering, which left Jackson powerless to control the Camaro as it careened left into the wall in Gonzales’ lane, tagging the left wall hard enough to bounce the car back across the track into the right side wall nearly head-on. The car ground to a halt as flames erupted under the battered front clip, leading to a tense few moments before Jackson finally emerged from the car with no major injuries. He would later visit a nearby hospital to be checked out due to lingering soreness, but thankfully x-rays and a CAT scan came back normal.

Congrats to Jose Gonzales and the ProLine Racing team for their win and to Jackson for his runner up. We hope to see the Bahrain1 team back in action soon as Jackson is in the thick of the points hunt for the 2018 championship.

Congrats to Jose Gonzales on his FIRST E3 Spark Plugs #ProMod win, but all eyes were on Steve Jackson Racing's wild ride. He walked away under his own power.Tune in NOW to FS1 for the NGK Spark Plugs #4WideNats!

Stevie Fast Calls Out Biggest Names in Radial Vs The World! 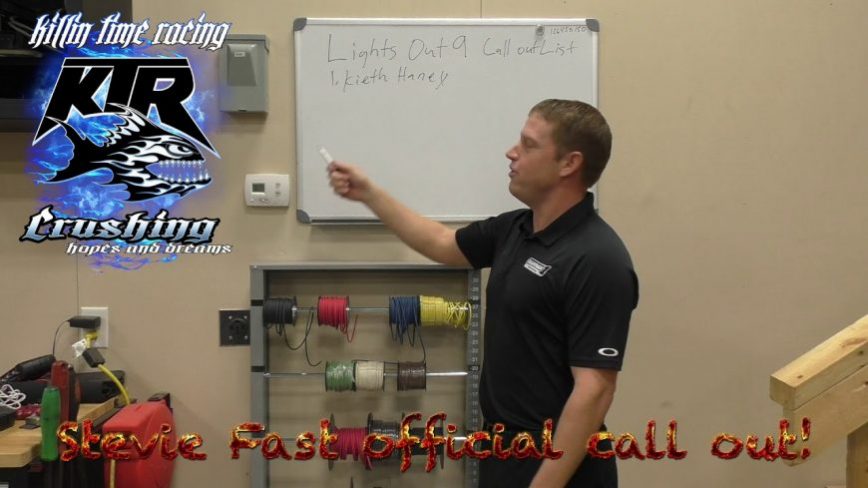