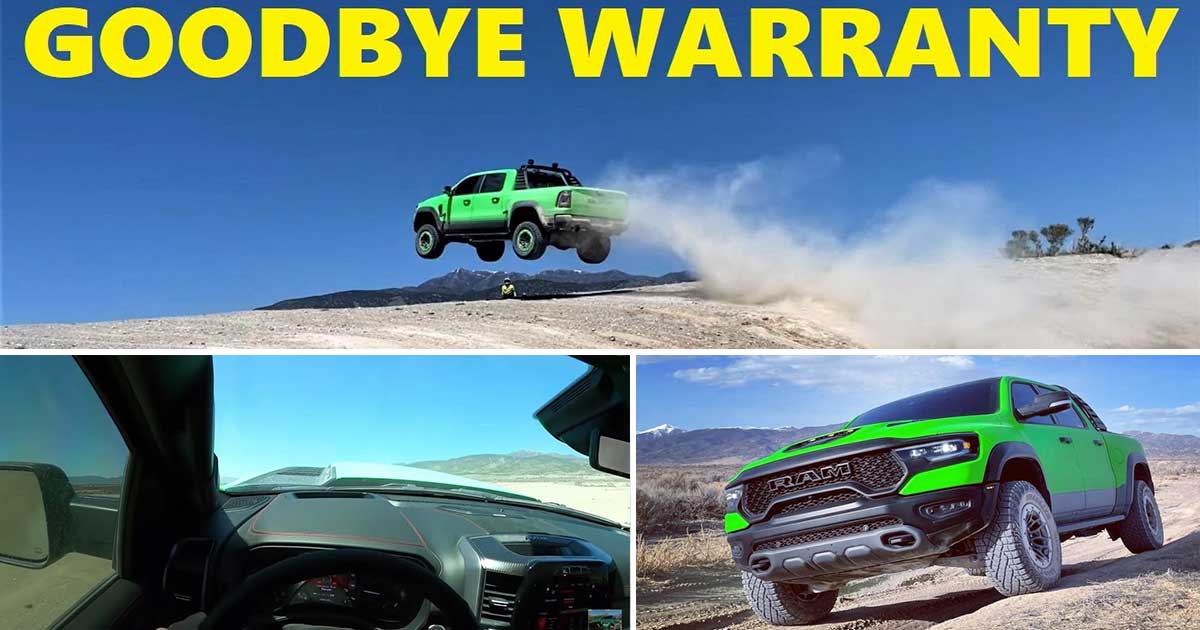 In the scheme of awesome pickup trucks on the market, it doesn’t get much better than the Ram TRX. For those unfamiliar, the TRX is built to go down the path less traveled.  The truck comes complete with all sorts of off-road goodies along with enough with along with enough power under the hood to really make this thing sing. In fact, there is no other pickup truck on the dealership lot that can even come close to comparing to a TRX. Ford’s Raptor is probably the closest competitor but even it comes up about 250 hp short.

However, the sad part is that most of the people who buy these things will probably do no such off-road antics with them. This is literally what they were built for.

Instead, most will probably end up being used to commute to and from work and maybe have the throttle stomped on out on the highway every once in a while. At the end of the day, while such driving habits seem to irk enthusiasts, it’s kind of understandable in a way as the truck comes with a near $100,000 price tag and that’s not necessarily something that everybody is going to be ready to thrash off-road.

On the other hand, though, there are some people who think that they have spent the money to purchase the equipment for a reason so why not use it? It would only make sense in the minds of these folks to take the truck to the path less traveled to see how it really does when leaned on a bit.

This time, we get to check in with the more exciting version of TRX owner as we watch one example of the truck pushed to the limits by a YouTuber who goes by Ben Hardy. Not only is this truck taken to some rough terrain but it also ends up seeing a little bit of air in the process as well. It’s definitely good to see that some TRX owners are willing to go out there and forget about the warranty as they show us what the spirit of the model is all about.

« Remember The IROC Camaro Found in a Storage Container? This is Where it is Now