Putting Dad Behind the Wheel of His Old Yukon… Except it’s 600HP and Turbo Now! 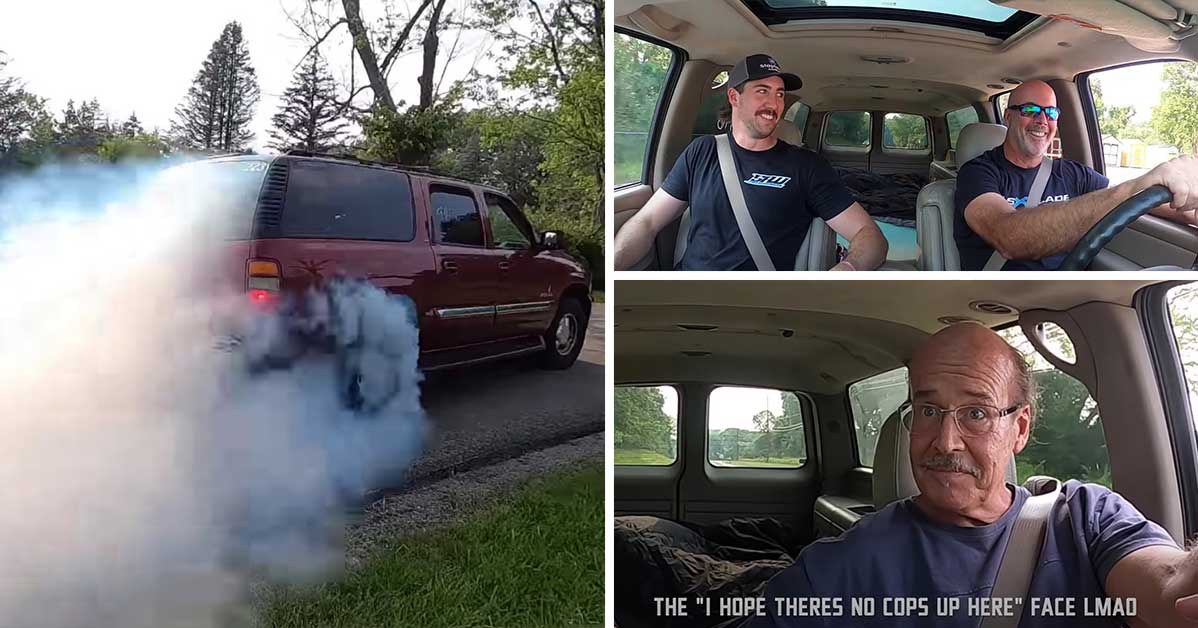 It’s pretty awesome when a vehicle gets passed down through the family from one person to the next. Not only is it pretty cool to have a vehicle with a backstory like that but, as the owner, you also pretty much know what you’re getting. It’s kind of nice to not have to put in the guesswork of what the previous owner rigged together when they didn’t know what they were doing.

For Mitchell Stapleton aka Stapleton42, one of those vehicles would just so happen to be an old-school GMC Yukon. This particular factory LS-powered SUV was originally purchased by Stapleton’s father and then sold to his uncle years later.

These days, the Yukon has made its way into Mitchell’s hands and he has decided to get a little bit funky with it. Instead of leaving it just as it was, the truck would receive a little bit of love from a turbocharger which has cranked the volume up to a little bit to over 600 hp at the crank.

As it turns out, neither dad nor his Uncle Rob, who the SUV was named after by the way, had driven it since. This time, though, we get to see a pretty unique experience they both get the opportunity to hop behind the wheel. In the scheme of things, 600 hp is quite a bit of juice as it has about doubled the original output on the 5.3L V8.

Down in the video below, we get to tune in for a little bit of fun family bonding time. After getting behind the wheel here, we can’t help but get a little bit of a feeling that both dad and uncle Rob might like to have the Yukon back in their own personal collections. While the truck is still big and heavy, it looks like an absolute blast to drive.

« If You’ve Ever Wanted to Make Boating an Extreme Sport, This One is For You