As automotive enthusiasts, we can’t help it. Once we get our hands on every new ...

As automotive enthusiasts, we can’t help it. Once we get our hands on every new release we have to try to or at least think about modifying it. It doesn’t matter how awesome it is right out of the box or how much performance might reside under the hood. There’s something in our DNA that makes us want to make these rides even better.

One of the vehicles that we haven’t really seen hit the modification scene all that much is the Tesla Model X. Naturally, on the performance front, these electric vehicles are pretty potent. However, with its strict nature, Tesla doesn’t really provide much room for modification for power aspects of its vehicles.

However, that isn’t to say that these things can’t be modified at all. In fact, several examples have already rolled through the doors over at West Coast Customs as they are willing to modify just about anything they can get their hands on.

Having come a long way from the days of Pimp My Ride, it seems like West Coast really focuses more on a high-end celebrity clientele. We have seen a lot of our favorite entertainers bring their vehicles to the automotive customizer in order to bring these rides a new breath of life.

This time, we check in with a project Tesla Model X owned by rapper, Quavo. When Quavo dropped off his Tesla, he said that he wanted it “Bloody.” In other words, he wanted this thing to be colored red on a variety of different surfaces, both inside and out.

When all was said and done, the Tesla would be rolling through the streets with a crisp coat of candy apple red on the outside along with some chrome underneath of it. It might not be the most extensive modification to ever take place with a vehicle. However, we can’t help but be attracted to the way that this thing came out. What’s not to love about bright colors and a little bit of chrome? 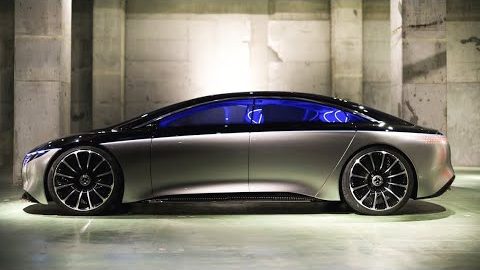