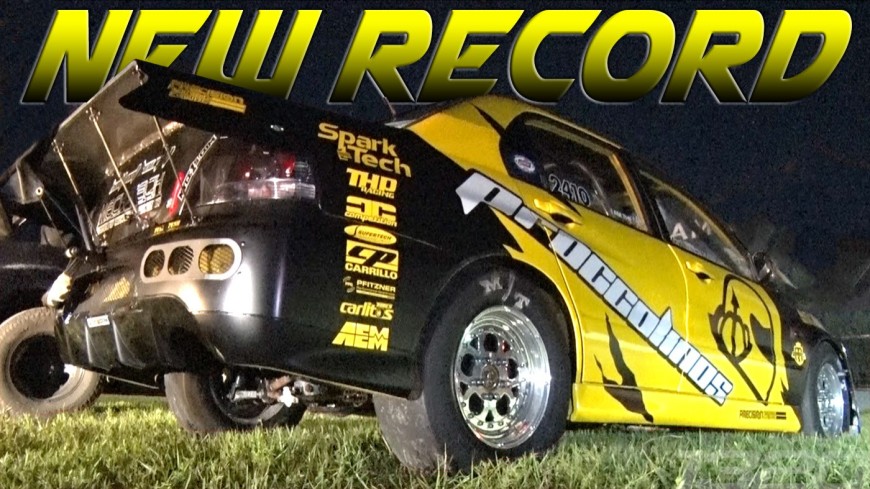 The DSM performance game is no joke. Take for example this insane Mitsubishi Evo VII that just took the record as the quickest Evo VII ever.

The car is powered by a 2.0L and breathes a bit better with the help of  76mm turbo. This 1269awhp monster is able to fly down the track and bust out an 8.36-second pass like nobody’s business and our friends at 132ovideo are there to capture it all as it goes down.

Perhaps the most interesting part of this build is that it weighs in at over 2698lbs, that’s more than 500lbs over what the previous record holder weighed in at, but weight is no issue when you have more than enough power to compensate.

Bear witness to the video below as the dog box shifted Evo VIII rewrites history at FL2K14.