Quite Possibly The Coolest Personal Airplane / Glider Around

Quite Possibly The Coolest Personal Airplane / Glider Around

If you’re looking to get into aviation in some shape or form but don’t ...

If you’re looking to get into aviation in some shape or form but don’t want to spend all the money that comes with buying a full-sized helicopter or airplane and also don’t really know how to maintain such a machine, then we think that we might have come across a good starting place just for you!

Instead of anything with a motor, this time, take a look at an incredibly legit hang glider that acts as a sort of personal aircraft that will put you into the sky with what we assume to be a lot lighter of an investment than a real aircraft and even though this thing doesn’t have a motor, it’s still pretty darn cool.

In the demonstration, we watch as the modular plane is constructed with a couple of simple steps that make it look like it will be easy to transport around before flying. Eventually, we’re able to build up to actually going for a test flight as a user saddles up and sticks their feet out of the bottom to get a running start before launching the craft into the air.

From there, it’s all airborne action as the brave soul who decides to wield the craft gets thrust into the air for the flight of a lifetime, all under his control. Check out the video below that showcases this craft and tell us what you think of it. Is this something that you would ever allow to aid you in getting into the sky? 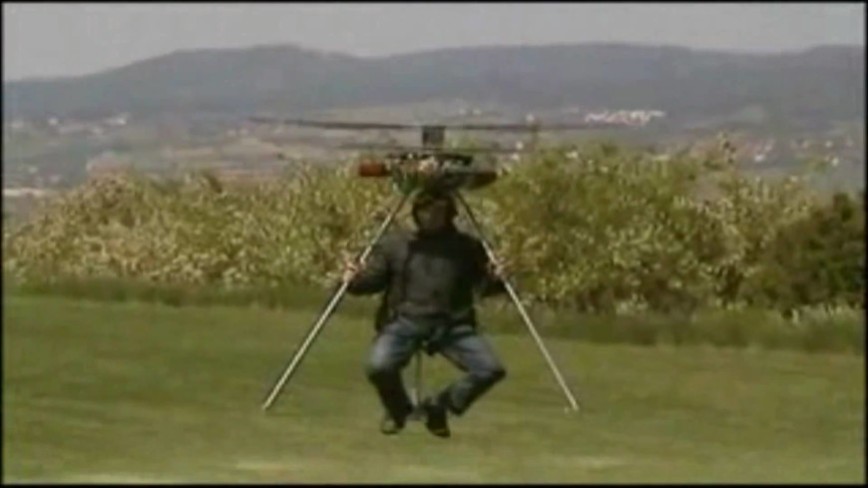