Quite Possibly the Most Expensive Crash Ever, Massive Pileup is Trending for Good Reason 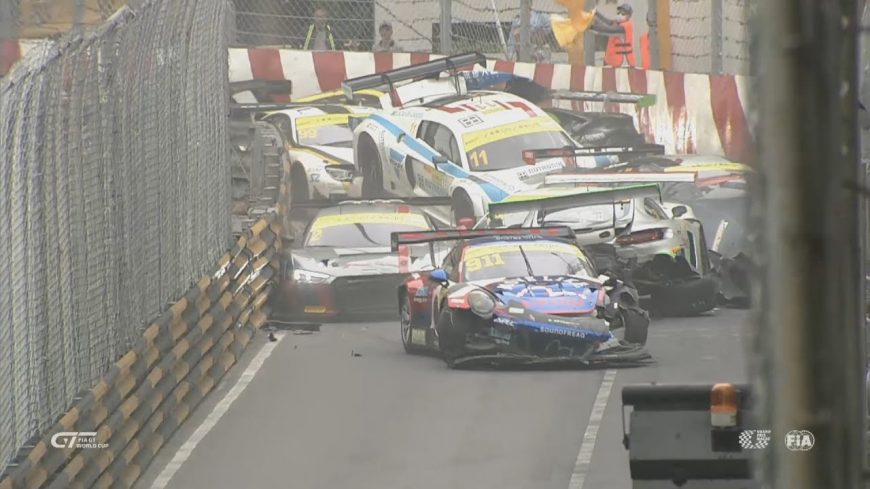 In racing, it might not be something that you want to face up to but crashes do happen. Week in and week out, they rise to the top, bringing drivers the major pucker factor and putting their cars in peril, really kicking up the intensity during a race. While there is no such thing as a crash that ends up being positive, I can’t really say that I have ever seen a mix up this big and I’m not alone in that sentiment. After viewing this crash ,you might just find yourself with your jaw on the floor, wondering how such events could come together just at the proper time to call such mayhem, all at once.

In this scenario, we join in with a collection of amazing machines that are all throwing down at the FIA GT World Cup of this year when havoc would unfold right in front of our eyes. As the cars would go through a turn that was mighty narrow, a simple mistake by one driver would compound itself into a scene where the dollar amount lost is pretty unmatchable by too many other crash situations that we could recall. The most important thing to remember here is that nobody was injured from what we have seen, however, pretty much every single team was hit in the wallet as the not too many here would be left to escape with their bank accounts unscathed.

Follow along in the video below that will take you to what might be one of the most historic crashes of all time. By the looks of things, it’s going to be millions upon millions of dollars for them to fix up all that was broken here. I guess, at the end of the day, that’s the price that you pay if you want to go out there and be competitive, even after investing so much money into the sport. It’s certainly not something that anybody could have seen coming but is a real risk for all involved. After following the incident for yourself, be sure to tell us how much money you think was lost in an incident like this.