Quite possibly the RAREST Mustang in the World! 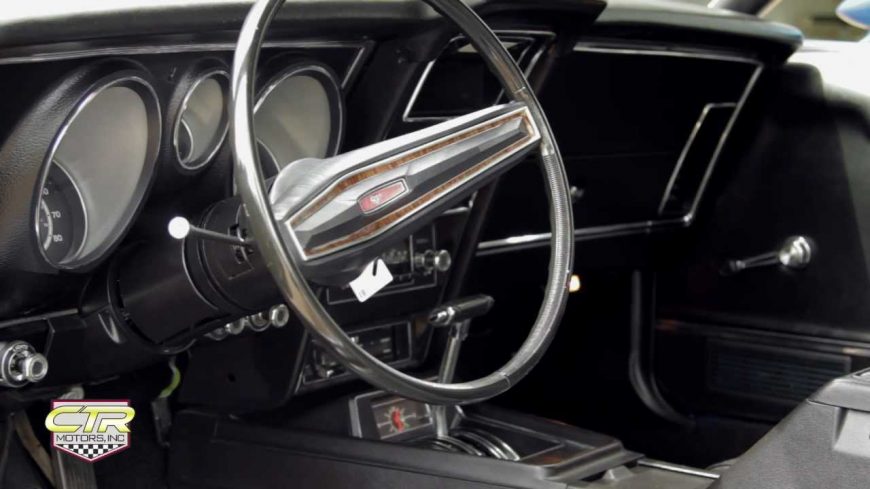 Typically, the words “Mustang” and “rare” don’t really accompany one another. As one of the best selling car models of all time, Mustangs are a pretty common occurrence on even the shortest drive. However, there have been a few models and packages that end up falling under the definition of the word rare, and the video below shows one of the rarest Mustang models on the planet.

As one of two 1971 Mach 1 Mustangs delivered to Germany under the T5 badge – since the name Mustang isn’t allowed in Germany – this car would automatically be considered extremely rare. Knowing that it could now be one of one remaining on the planet, as the whereabouts of the other car are unknown – elevate it to literal unicorn status.

The car is a beautifully restored unit with all numbers matching, meaning the serial numbers for each component matches what was bolted to the car the day it rolled off the assembly line. Keeping a car so completely intact more than 30 years after it was new is no easy task, so that’s a huge deal for keeping a car’s value high when resorting it to its former glory.

The car wears a beautiful shade of blue with an accurate Mach 1 stripe package. Under the hood, a 351 Cleveland provides the power, while a C6 transmission backs the engine to send the power to the wheels. We are going to point out that the “4V” designation on the air filter lid actually stands for “Four Venturi”, the technical term for the number of “barrels” in the carburetor. Ford didn’t produce a four-valve head in 1971, but instead used the designation to distinguish it’s 2-barrel carb engines from those with a 4-barrel carburetor.

The restoration was painstakingly well done and documented with photos throughout the process, which will be included in a binder with the purchase of the car.
And speaking of, it looks like the company that created this video actually had the car for sale when the video was first released back in 2013. We aren’t sure where it may have ended up, but somebody out there has one rare pony in their collection now.