There are certain things on store shelves that really tend to transcend just being ...

There are certain things on store shelves that really tend to transcend just being another item. These items can quickly become part of pop culture history. Think about brands like Hot Wheels or Barbie in the toy sector. Not only do these brands represent toys. They also represent an important building block of Americana.

Right alongside brands like these, we find the likes of Radio Flyer. When we think of wagon manufacturers, this is probably the only name that comes to mind for most. The “Little Red Wagon” was a dominant toy for years but as it turns out, the brand has been expanding a little bit in recent years.

One of their most recent offerings plays to the parents more than the kids, we would think. We don’t think that there are too many four-year-olds who are asking for a Tesla Model Y. However, mom and dad who are newfound Tesla enthusiasts might find it pretty cool to drop $100 on this neat new toy.

The brand now offers a Tesla Model Y sit down car. The unit was designed for kids between one and a half and four years old. The car designed to be pushed with the feet and has fully functional steering and Tesla branding. It also has a honking horn which might serve to drive parents a little bit insane but should be a good time for the youngster driving it.

The body design really aims to mimic the Model Y as much as it possibly can and even features rubber tires to get a little bit of grip. At the end of the day, it’s a fun toy that could end up molding future Tesla enthusiasts. It’s not a bad move by Tesla when we think about it that way.

The toy is slated to start shipping on September 11, 2020. We wouldn’t be shocked to be reporting back in December, though, as this might just be a hot holiday item to get your hands on. 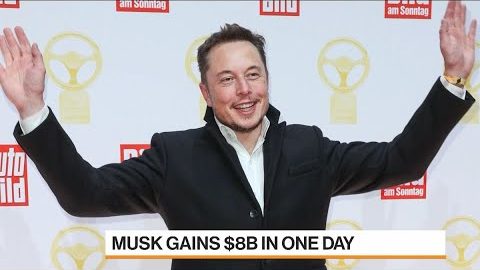