Raise Em Right! 12 Year Old Pulling the Motor Out of Her 1965 Mustang 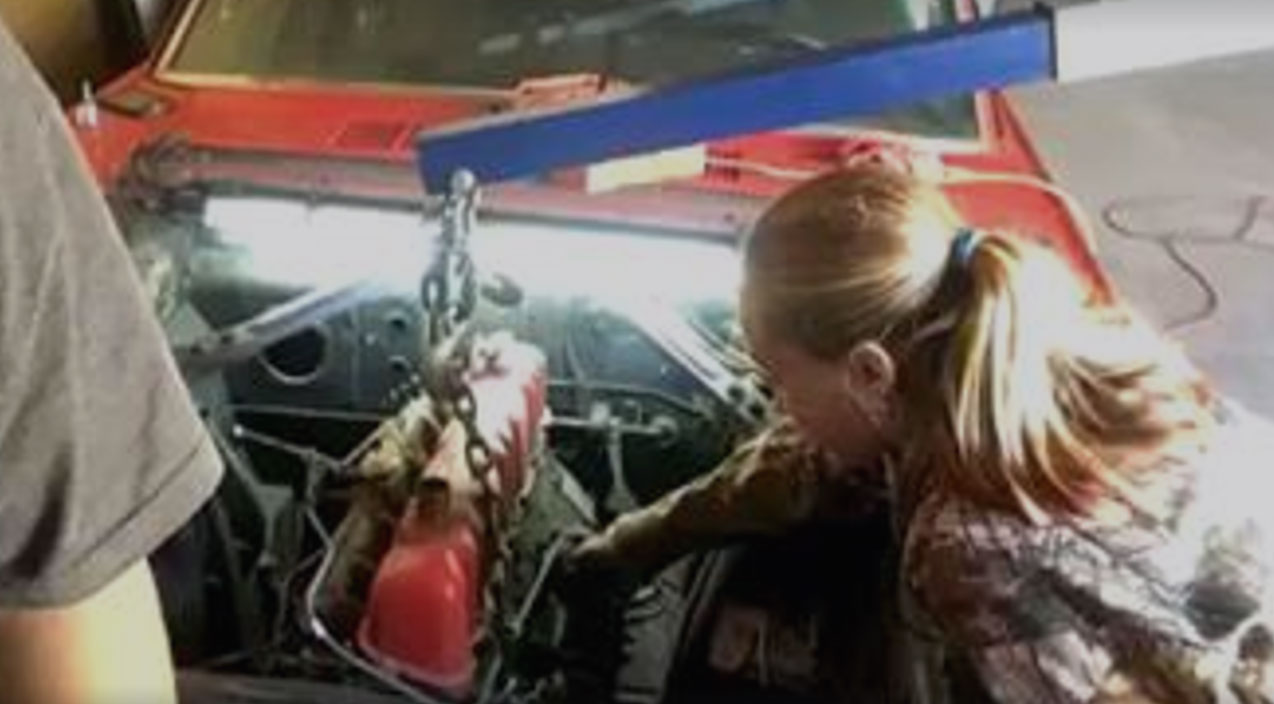 Sure, we might pick up interests here and there from experiencing different things on our own, but if you ask a lot of folks around the car community where they first got their passion for things with wheels and an engine, they might just spout out a story about their childhood, wrenching in the garage with a respected family member. Many of us got our start there and simply couldn’t put the hobby down after that.

This time, we check out an incredibly cool scene as this 12-year-old girl shows that boys aren’t the only ones who can play along as she shows off abilities that many grown men probably don’t even possess as, with just a little bit of help, she pulls the engine out of her first-generation Ford Mustang.

We’re able to watch the entire thing unfold in a time lapse as she pulls out the in-line six, potentially making room for something with a little bit more gusto behind it or so that she has a little bit more room to make some improvements to the car’s current engine.

Check out the video below that shares with you one of the most badass youngsters that you’ll probably see amongst the expanse of kids who seem to have lost the passion for cars. Be sure to tell us how it is that you remember getting your start in the world of wheels. Were you doing a project like this when you were still a preteen?