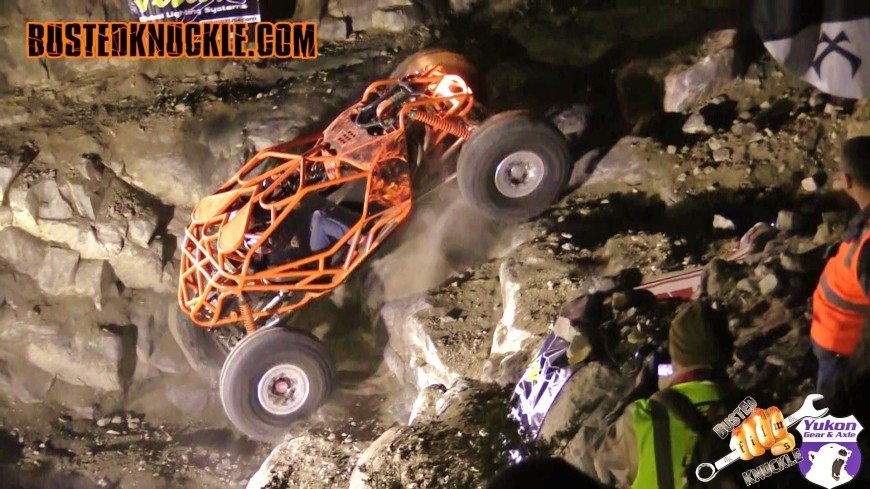 Randall Key wins best in show during the 2015 King of the Hammers Backdoor shootout in his Rage Rock Bouncer Buggy with a full throttle assault on the waterfall and rollover on the second ledge.

The best part of this throwdown is that Randall controls the throttle, brakes and rear steer all with his hands due to being in a wheelchair.

Check out the video below as the rock bouncing buggy attacks the hill with the best of them and ends up coming out on top after one hardcore showing captured on video by our friends at Busted Knuckle.