It can be pretty crazy to think about all of the treasures that are lurking around ...

It can be pretty crazy to think about all of the treasures that are lurking around the world. We aren’t necessarily talking about gold at the bottom of the sea. Instead, there are some real-life gems to be found in the most unlikely of places. As automotive enthusiasts, we’re very familiar with the concept of the barn find. Due to all sorts of different life circumstances, some highly sought after cars are simply left behind to deteriorate.

With YouTube channels like that of Patrick Glenn Nichols, we’re able to uncover some of these rare finds. Some of the finds are definitely rarer than others. However, it isn’t always the monetary value or the status of the cars that end up being the best parts. Instead, we absolutely love the fact that every car has its very own unique story. Some of the vehicles located are certainly more baffling than others.

The perfect example of a story that we absolutely had to dig into comes in the form of the 1969 SS396 Chevrolet Chevelle. Sure, there are probably all sorts of 60s muscle cars in this condition around the world. The unique factor with this one, though, is that the car only has 2200 miles. In turn, it’s one of only a couple hundred examples. Not only is this thing a treasure to be admired. The complete story tells us that it’s basically a brand-new car, as well. We can’t help but be interested to find out if this is the only car that exists of its kind.

By following along with the video below, we are given the complete tour of the muscle machine. In addition, as usual, Nichols does a great job of giving us all of the information that we could ever want to know about machine like this. There aren’t too many of us who get the opportunity to go barn and find hunting. Thankfully, YouTube channels like this take us along for the ride. 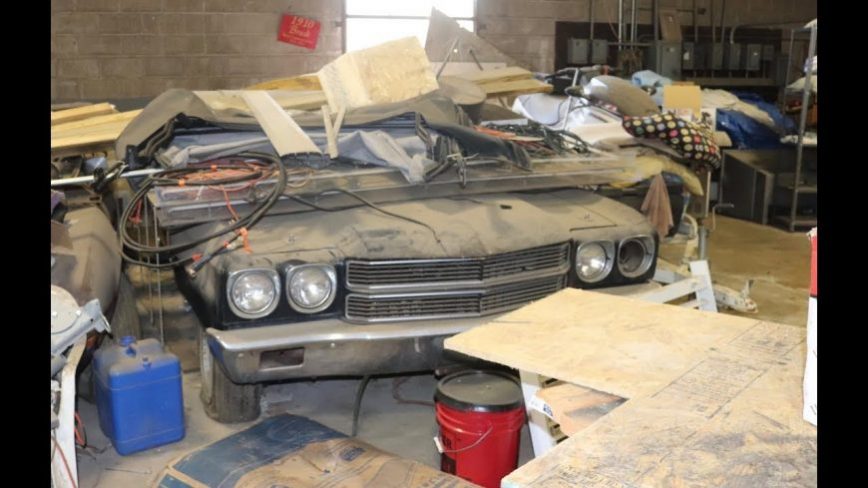