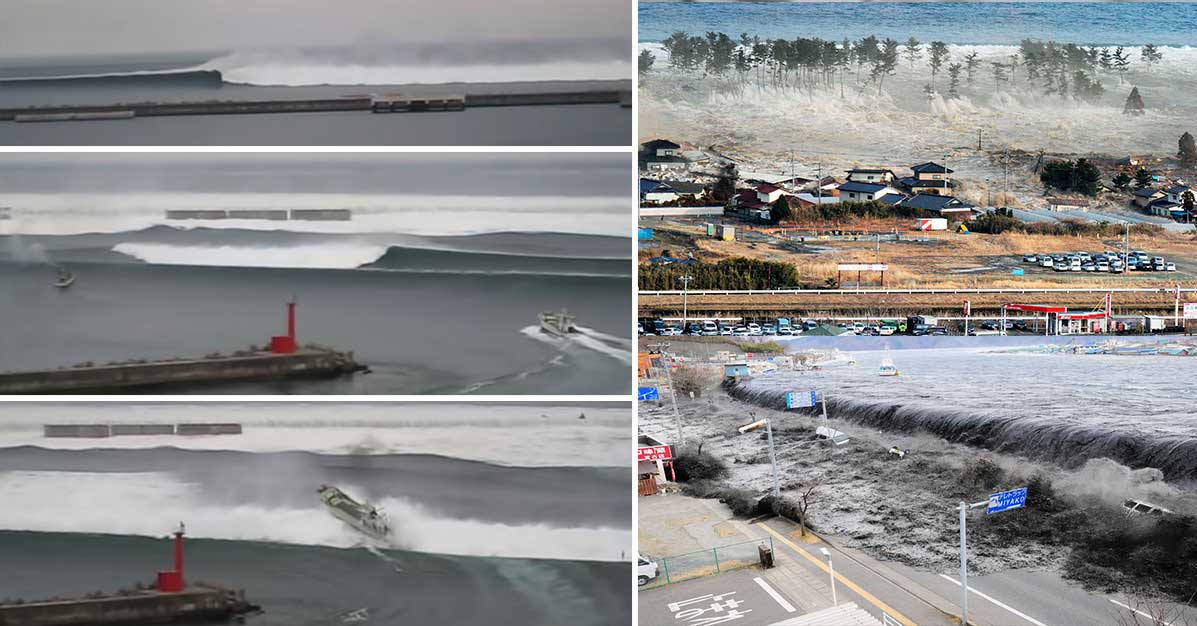 There has to be no feeling quite as terrifying as being at the center of a natural disaster as it is unfolding. In many cases, the folks tied up in such a situation have no idea what’s going on and all that they can do is watch and hope that everything ends up working out in their favor.

Back in 2011, some might remember an earthquake that would strike off of the coast of Japan and create quite the tsunami that would wreak havoc on the country. What started out as a 9.0 magnitude earthquake that shook the ground on March 11 would turn into a massive wave that caused endless destruction. The tsunami would create waves that crashed into the country at the northeastern coast of Honshu which is the largest and main island of Japan.

Those who were around at the time probably recall the rebuilding effort as the world would turn their attention toward Japan with many reaching out with a helping hand. When all was said and done, more than 9000 people would be confirmed dead with over 12,000 people reported to be missing at the time as well as over 2600 injured.

While it would be difficult to foresee something like this happening and capture the moment on camera, some folks pulled themselves together enough to record what went on.

Down in the video below, we get to see one angle that has since been released of the tsunami and showcases its sheer speed and power. Unless you’re in one of these situations, being able to truly get the feeling of what it’s like is incredibly difficult. However, a clip like this can give us an idea of just how powerful these natural disasters can be.

Watching how quickly those massive waves roll in is really something that could strike fear in just about anybody and gives us an all-new appreciation for those who have to deal with this sort of thing.