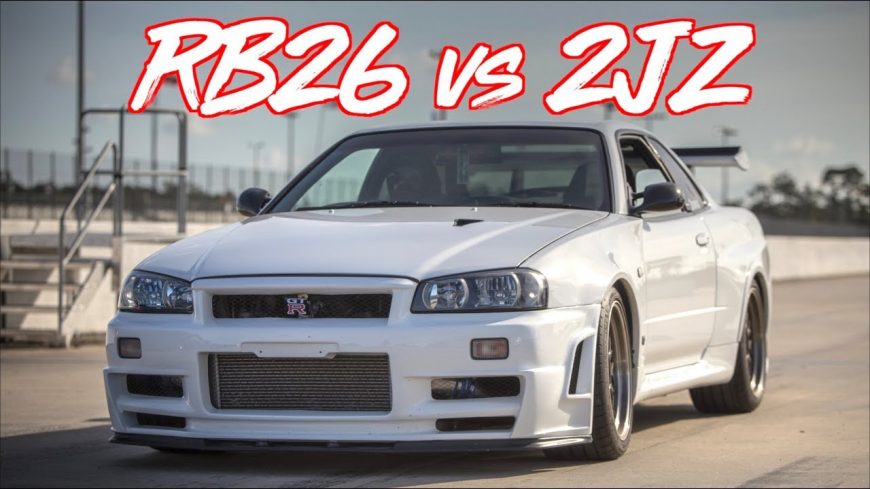 Sure, trends are always changing as new sources of automotive power emerge all the time, however, there are certain engine combinations that have found their way to be cornerstones of the automotive culture. Moving forward, we think that you’ll still continue to find these engines in all kinds of vehicles, even after they fall out of production, as enthusiasts pluck them out of junkyards everywhere and slap them into the vehicle of their choosing just because of the reputation that they’ve built up for being reliable power makers that are going to end up yielding a desirable result when built properly.

This time, thanks to the guys over at That Racing Channel, we get a look at several of these engines as they go to work. While we get to see some other impressive power like the Tesla Model X that boasts electric current that’s hard to beat and a Cadillac CTS-V which offers up yet another cornerstone in performance with the LS series of engine, this time, what we end up focusing on is none other than the legendary combination of the RB26 and 2JZ, respectively. In Japanese performance culture, it doesn’t get much better than a couple of powerplants like these.

When you follow along down in the video below, you get the inside scoop from this pairing as they sit under the hood of a couple of very respectable machines of which the owners should be incredibly proud. At the end of the day, I don’t think that you can really go wrong with any of these cars, however, that still doesn’t stop the owners from going head to head to see which one of these machines is able to be the most effective of the bunch when it comes to a little bit of good old fashioned racing.

« Check Out The Insane Black Pearl Jet Funny Car on the Track in Bristol!