Real Life Superman Yanks Friend From Path of Speeding Yacht, Leaps From Dock to Shut the Yacht Off 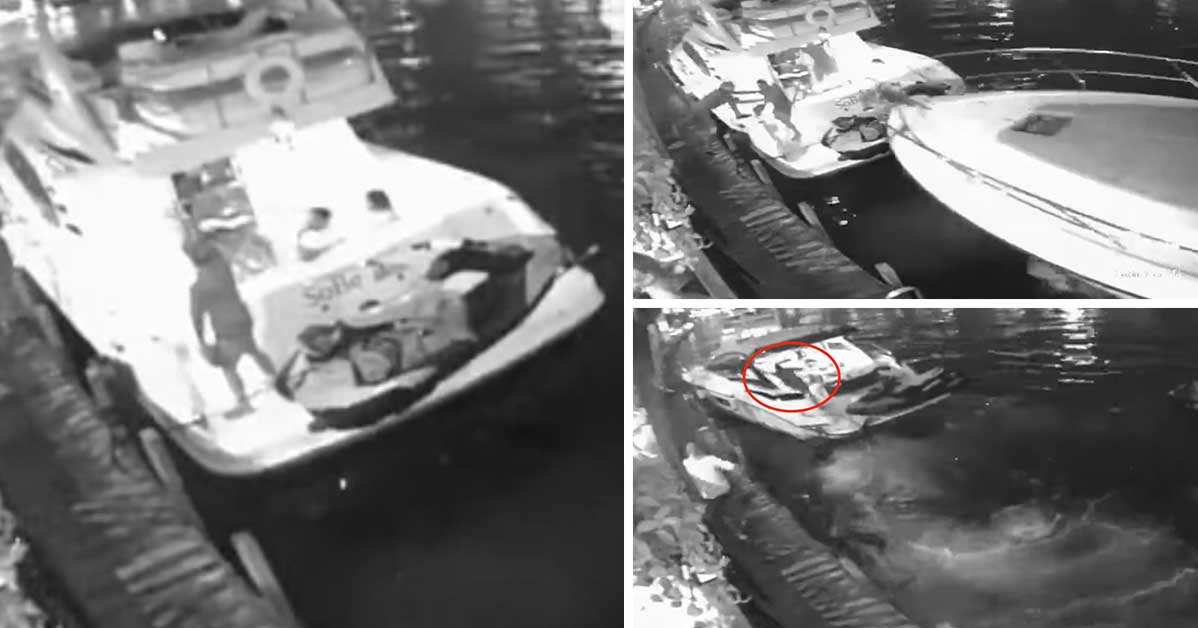 As they say, when out and about on a boat, things can tend to escalate really quickly. One really needs to have their head on a swivel when on the water because you never know when something might go wrong whether it’s because you messed up or somebody else made a mistake. However, it isn’t quite often that you’re going to run into an incredibly dangerous situation while simply sitting at the dock.

However, for one boater that was simply hanging out at the dock on the Miami River, things would escalate in a hurry and get downright scary.

Security camera footage captured the entire scenario as an out-of-control yacht plowed into another vessel. Perhaps the most terrifying part of the entire ordeal is that the vessel that was sitting still had a man standing on the swim platform where the collision happened. The individual should feel quite lucky as a bystander was able to yank him from the path of the speeding yacht as it made quite a bang.

After yanking the man out of the way, our hero would jump to action once again. As if saving the individual question wasn’t enough, he would quickly hop to the runaway vessel, getting behind the controls and shutting things down so that the boat wouldn’t continue to play pinball in the marina. Had he not acted so quickly, who knows exactly what would have happened here and the sort of damage that could have been caused? Things could’ve been much worse than a simple collision, that’s for sure.

The entire thing was captured on a security camera nearby. Multiple accounts on the matter claim that the operator of the runaway vessel was drunk and charged with a DUI. We have been unable to confirm these accounts through any legitimate sources, though.

« Squatted Truck Gets Mulched, and Sold in Jars (1000 Have Already Sold!)