There are many anomalies in the world of cars that make you put down what ...

There are many anomalies in the world of cars that make you put down what you’re doing to take a second look because sometimes, what’s unfolding in your eyes is so far from the norm that you almost can’t believe it’s a reality at all.

This time, we dive into one of those anomalies that we all know and love in the sleeper. Basically, if you’re not in know, a sleeper is a car that packs a pretty heavy punch but doesn’t appear to pack any punch at all on the surface, making the surprise that much more epic.

This sleeper comes in the form of a Volvo C70, a car that doesn’t really look like it could hurt a fly but with some tweaking and tuning, it’s transformed into an absolute maniac that’s doing high-speed highway pulls and even manages to pull away from a high-powered motorcycle!

Check out the video below as this unsuspecting Volvo makes its mark on all in attendance, shocking the rider onboard of a Honda CBR1000 in the streets. I think that this Volvo would shock just about anyone who decided to pull up next to it and try to have a little race. 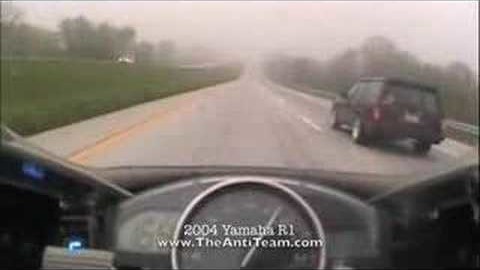