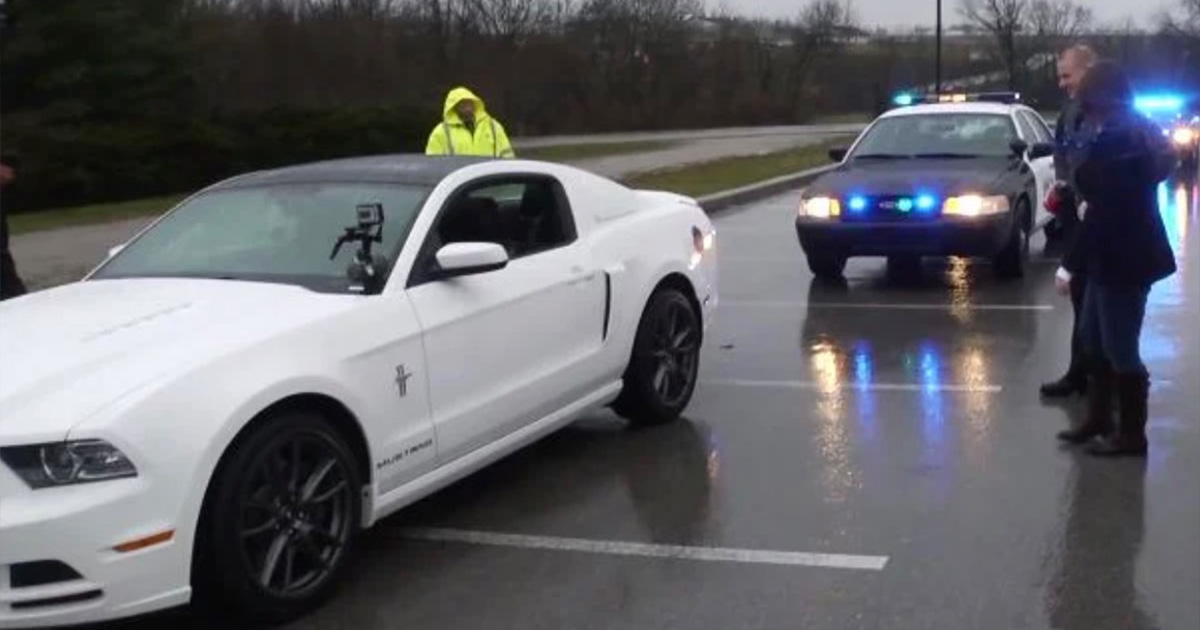 When it comes to how folks interact with police, it’s an incredibly touchy subject for which we think both sides have a good argument, depending on the case.

If we could somehow get people on both sides of the badge to behave, this world would be a place that’s much easier to operate in.

In this one, we’ll let you decide who is in the right as a motorist and police officer have a few words and when the owner of a recently pulled over Ford Mustang becomes irritated with an officer who is tapping on his car and asks the officer to stop.

It’s at this point that the tension could be cut with a knife! As car guys, we definitely know how it feels to have someone touching that paint that you spend so many hours maintaining. We’re not sure if the officer sees it that way, though.

Check out the video below as the motorist flipped on his camera to catch the entire sequence of events in the exchange to be uploaded to YouTube! What do you think?

« The Day Aaron Kaufman Left Gas Monkey Garage? Whats He Up To Now