Rear End Locks up, Sends The 55 Into the Wall at No Prep Kings Finale 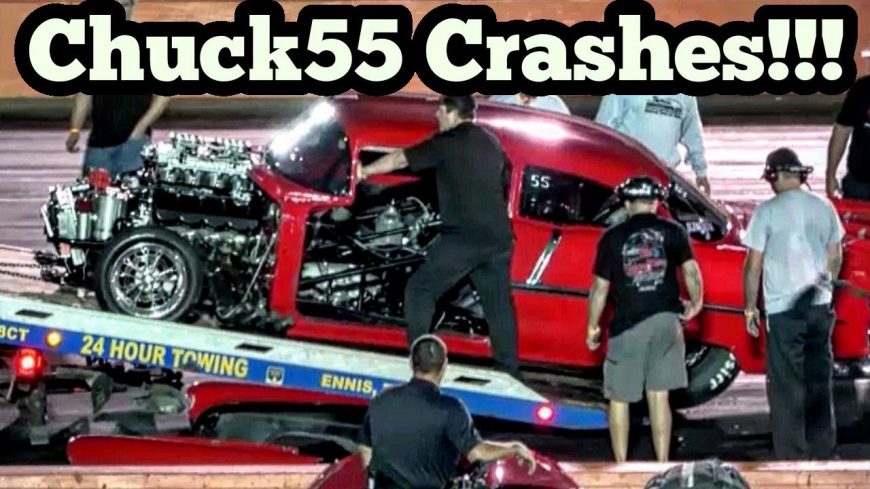 It’s been a long and grueling year of racing for the competitors of No Prep Kings. The series has taken them all over the country as drivers have done battle at a variety of tracks. Nine different races have spanned the east coast and taken them all the way to Colorado. When it finally came time to put up or shut up, the circuit would end in Ennis, TX. The final event for season 3 brought the competitors out and ready to rumble.

Unfortunately for Chuck 55, mishaps don’t necessarily have a schedule. Just because one is competing at an important race or the final race isn’t to say that disaster will avoid them. In this one, Chuck would go through one of the most obscure incidents that we’ve seen at No Prep Kings this year.

As he would bring the car to the starting line, another tri-five Chevrolet would sit in the next lane over. The competition was stout as Jeff Lutz pulled “The 57” into the beams. We’re not sure what happened on the line, but Lutz would be left sitting in the beams as the Christmas tree dropped and sent Chuck down the track. It looked like he would get the win, clean and clear, by a mile. However, it turns out that before he made it too far, the rear end of the car would lock up. An incident beyond the driver’s control would unfold as the red Chevrolet ended up sliding sideways. Try as he might, Chuck couldn’t keep the car from hitting the wall.

National No Prep Racing Association was able to capture the whole ordeal as it’s seen down in the video below. It’s quite a shame that such a potent combo had to go out like that for the year. Luckily, nobody was hurt in the matter.