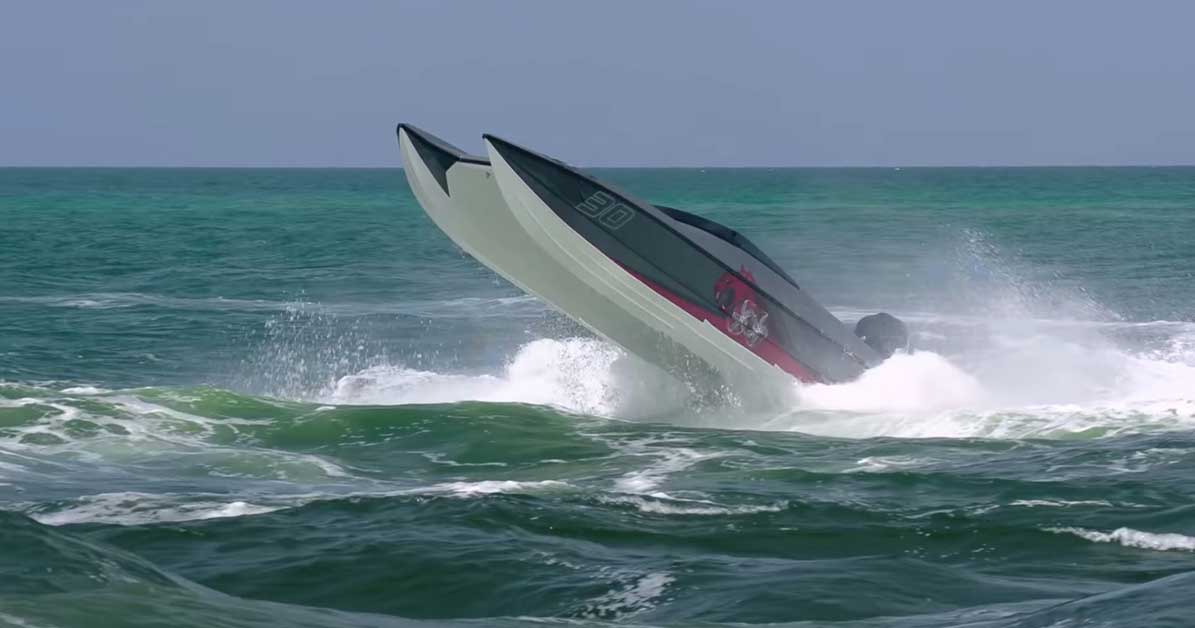 For those familiar with Haulover Inlet, they know that things can get rather crazy out there. There are several YouTube channels dedicated to catching the action as boaters attempt to battle currents and big waves alike. To make matters more extreme, there is also all sorts of boat traffic trying to travel through the body of water at the same time. Let’s just say that things can get rather hectic and if you don’t have the power to get through it and the ability to know how to handle it, danger could be over the horizon.

This time, we check in with a day where it seems like Florida Man mode was in full effect in more ways than one.

To get the video kicked off, we see some pure mayhem from the start. As a speed boat rips its way through the inlet, it seems like the driver is at nearly full throttle, sending the boat over waves in what appears to be a display of full-on recklessness. We’re going to have to assume this guy is probably pretty new at this otherwise he understands that you can’t go that wide in a sea full of heavy chop. Before long, he definitely pays for the excess speed.

From there, the video from Wavy Boats only gets crazier. Just when we thought that it was at its peak, a couple of kayakers decide to swoop in and make the video even more interesting. After watching some of these clips, there isn’t enough money to pay us to go through this inlet in a kayak. However, it appears as if some people have a different point of view on the matter.

Let’s just say that the current in the inlet ended up getting the best of the pair of kayakers as they attempted to make their way through. As one was pushed out towards the sea, the other was forced out of her kayak and into the water. Luckily, though, several boaters stepped up to attempt to help these kayakers in distress.