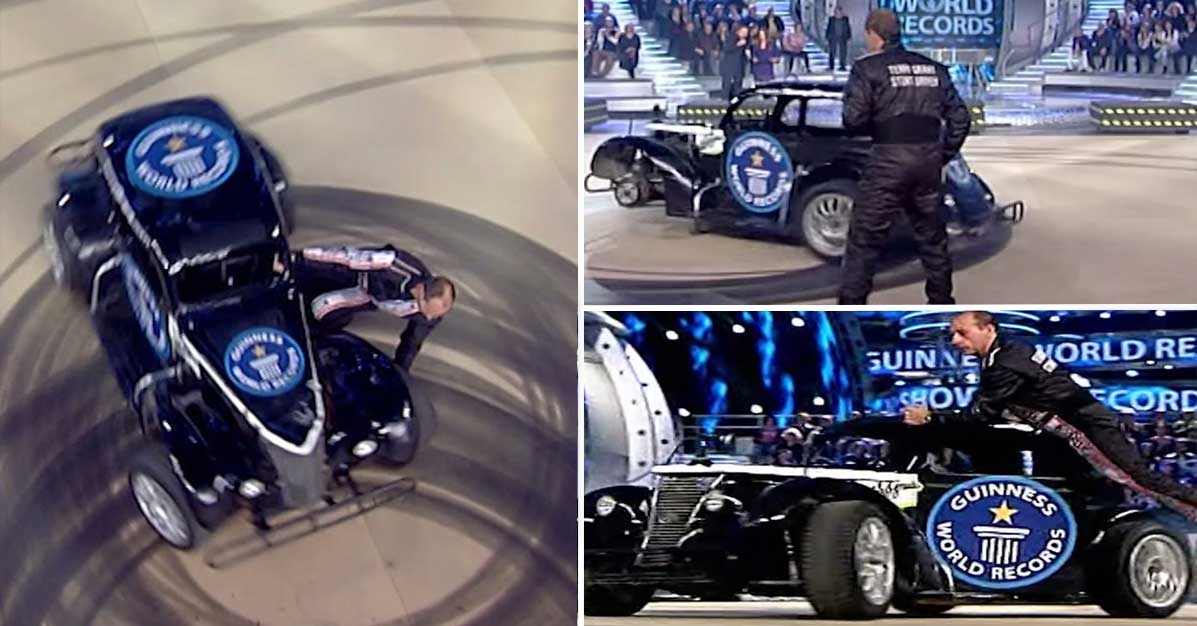 When we begin to learn how to work on cars, there are a couple of basic things that fall into the beginner “101” category. One of those simple tasks is being able to change out a wheel. After cracking a couple of lug nuts and getting some experience, most will get pretty good at it, being able to have a wheel swapped out in a minute or two.

In some cases, this is even taken to the extreme. For example, when we look at a competitive racing pit stop, a four-tire change and fuel can be done in just a couple of seconds. It’s simply amazing to watch these individuals skate around the car, servicing it in the snap of one’s fingers to be able to get the machine back out there on the racing surface.

While we have seen and definitely been absolutely amazed by the ability to change tires and do it quickly, I’m not sure that even the most impressive pit stops can compare to the feat that Guinness World Record holder, Terry Grant, was able to do.

As he set out to get his own world record, Grant would attempt to change the wheel on a moving vehicle. For those who might be having a little bit of trouble picturing how something like this works, don’t worry because we certainly did too.

Down in the video below, though, we got a front-row seat to some action that we never knew was even possible. The stunt driver manages to jack up the front end of a moving car that’s doing donuts before removing the wheel and eventually replacing it with a new one. All of this happens while the car is in constant motion as it drives itself. The stunt alone is impressive enough but the fact that it happens in just 3 minutes 10 seconds really is icing on the cake

We have to say that a stunt like this might just make some feel a bit inadequate in the tire-changing department.