Video games get more and more complex every year. When people think about complexity, ...

Video games get more and more complex every year. When people think about complexity, the first natural thought is probably graphics. After all, this seems to be a selling point of lots of major titles and truly is an important part of a game’s immersion factor. It’s easy to get lost in a game when it looks like something is unfolding in real life right in front of you.

However, alongside the visual, the sound is improving as well. In fact, one of the best-kept secrets about video-based media is that sound is just as important as the picture. From YouTube, all the way to TV and video games, having low-quality sound is a good way to scare off your audience. With televisions and high-quality sound equipment getting better and more accessible, media has stepped its game up as well.

This time, we check out how that phenomenon applies to one of the year’s most anticipated releases. For those who know the Halo series, they also know that the game heavily relies on the use of vehicles, both human and not. In order to capture the sounds for those vehicles, the folks behind the game might need to get a little bit creative at times. In fact, they sometimes go all-out in order to capture just the right audio clip that could take the game from “good” to “great!”

From a fighter jet to a dune buggy and even some old school heavy equipment, we get to see the audio capture come to life in the video below! As a Halo fan, it’s pretty interesting to try and match these vehicles to some of the fan favorites from over the years.

As far as the game itself goes, Halo Infinite is expected to release “Holiday 2020,” perhaps alongside the new Xbox Series X. However, we’re told that the game will also be available for the Xbox One as well.

These Gamers Bought an Absurd House and Dream Car Collection, All by Playing Fortnite 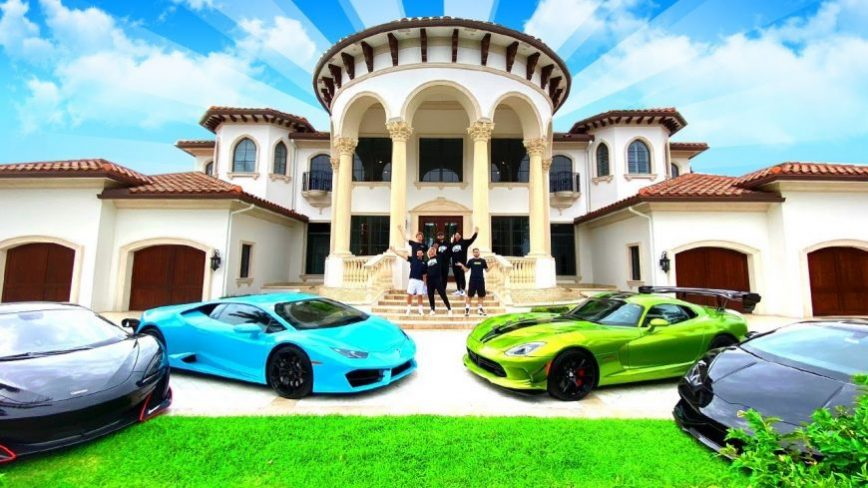