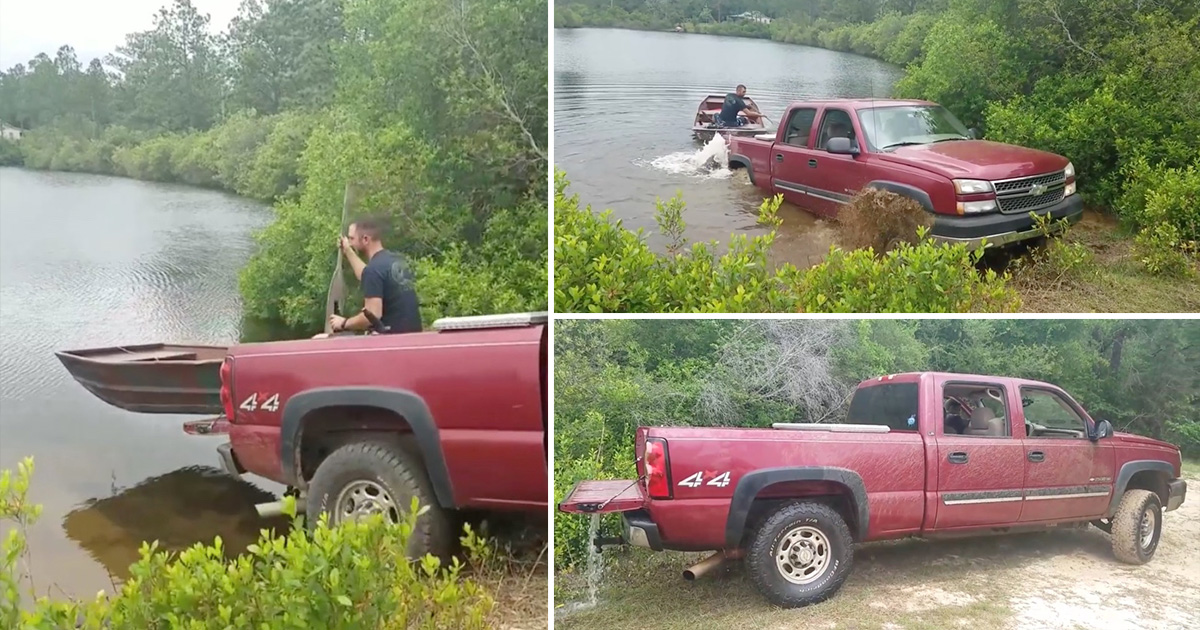 Sometimes, you just have to work with what you’ve got. While it would be nice to be able to upgrade to all kinds of top-notch equipment, perhaps, it’s just not in the budget or maybe not where one’s priorities exist.

However, let’s just say that there are certain situations where maybe spending a little bit of money or coming up with a good plan can be a good way to save yourself in the long run. Doing things by the seat of your pants can be a pretty good way to end up in some trouble, whether it’s legal trouble or financial trouble.

In this particular situation, we check in with an individual trying to launch a boat and in the process tiptoed on the line of getting himself in big financial trouble by sinking his truck. Even though he escaped from this situation relatively unscathed, we would probably bet that the long-term repercussions could potentially bite this boat owner.

In the video that has gone pretty viral on Facebook to the tune of over 3 million views, we watch as the owner of the Chevrolet Silverado and aluminum Jon boat attempts to launch the boat out of the bed of his pickup truck. The boat owner does this by backing the truck all the way down into the water, submerging the rear axle and part of the truck bed as well.

As some commenters point out, sinking your truck in water like that could be a death sentence for the rear end that might potentially suffer some water damage. The bigger issue at hand, though, seems to come when the truck doesn’t quite want to make its way out of the water hole that its owner just drove it into.

In the video below, we check in with the sketchy boat launch that had this Silverado stuck for a nerve-racking minute. Eventually, the driver does manage to pull his rig from the hole but we have to say that this could’ve quickly gone in a different direction where the truck ended up stuck!