Reliving the Crashes That Forced NASCAR to Change the Rules 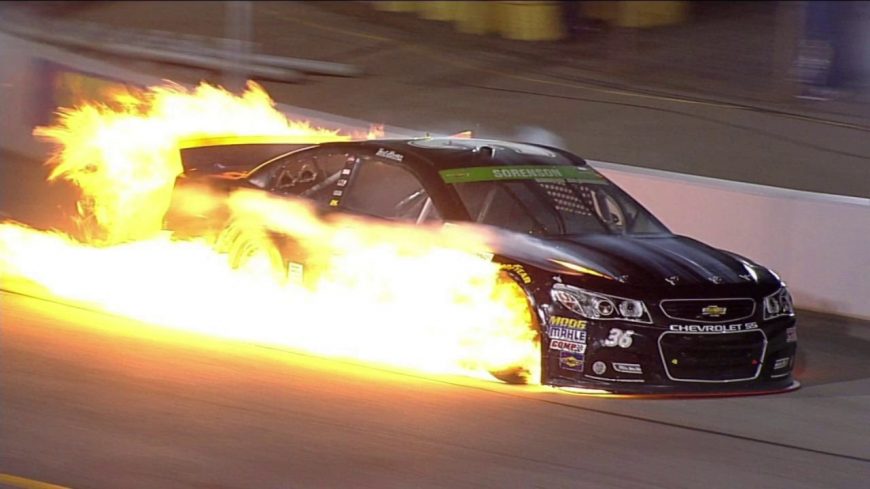 One of the constant conversations happening in NASCAR is how to make the sport safer. Unfortunately, this isn’t a conversation that comes without a cost. Many times, when things get safer, it means slowing the cars down or making the sport less competitive. At some point, this gets to a point where it’s no longer even a race. There has to be a balance here as there is a certain point where racers assume some responsibility for the danger. However, NASCAR is obviously going to make improvements where they can in order to keep their drivers safe.

Over the course of the history of the sport, some would argue that there have been certain defining moments that really have made the governing body look over the sport and pay attention to what they can do to improve. Sure, lots of these concepts probably evolved over time. On the other hand, though, there have been certain points in time that have been pivotal in swapping out rules or car design.

This time, we take a look at some of those moments that have really been definitive in forcing NASCAR’s hand, making them jump to change the rules as soon as they possibly can. They definitely have a difficult task in making sure that races are competitive and entertaining. However, drivers being injured is definitely not a byproduct that anybody wants to be a party to.

Down in the video below, we take a walk back over the history of NASCAR to see some of these moments. We have to warn you because some of them are just a little bit graphic. However, without these moments, the sport would have never been able to evolve to the point where it is today. Sacrifices have been made but NASCAR has put their best foot forward in making sure that those sacrifices didn’t go unnoticed.