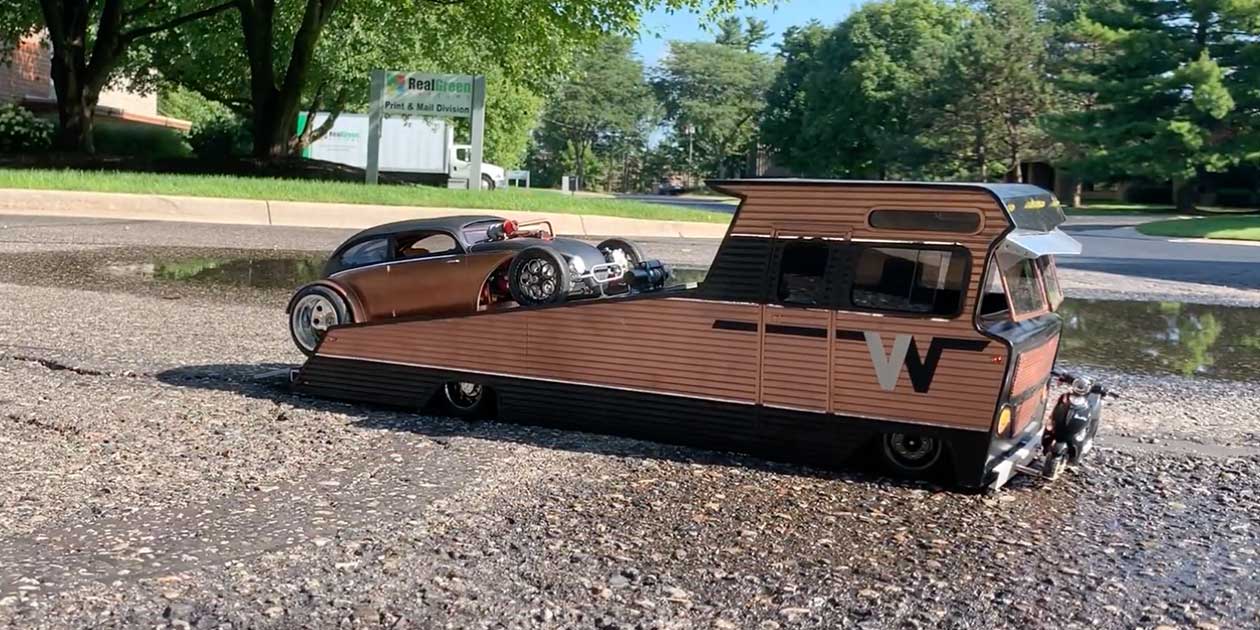 When it comes to the remote control market, most folks probably picture something purchased from the toy aisle in Walmart. Those who actually invest their time into remote control vehicles would probably take offense to that notion, though. Instead, we see a community where lots of money is spent and tons of hours are invested. The result comes in the form of awesome creations.

These creations can come in the form of insane vehicles that are able to accomplish wild feats. For example, perhaps we look to something like a boat that holds a speed record. Perhaps it’s an off-road vehicle that’s able to conquer all terrain. On the other hand, though, there is also a remote control market for replicating the real world in shrunken-down form. This might also mean creating something like a custom resto-mod to imitate hot rodding on a smaller scale.

In this creation, that’s exactly what we see come to life. We can’t help but be impressed by the attention to detail here as we check out a custom rod and hauler combo. We would absolutely love to see this thing come together in full scale as well.

Pulling along the load is a Winnebago that has been severely modified to be able to pull a load. The rig acts as a sort of a flatbed. In turn, the machine has a matching hot rod to go with it that appears to be a highly modified form of a Volkswagen Beetle. When we are given the up close and personal, we can’t help but be impressed by the attention to detail that has gone into making this one come alive.

When checking out the video below, viewers get quite a unique experience. There’s something about this combo that really makes us want to go out and get involved more in remote control tuning ourselves. – tunedtweakedandbuffe.