Replica Police Cruiser Impounded but Was it Actually Illegal?

Replica Police Cruiser Impounded but Was it Actually Illegal?

When we pick out our cars and the modifications that make them more fun for us to ...

When we pick out our cars and the modifications that make them more fun for us to drive, there are definitely different strokes for different folks.

That statement rings true, even for something off-the-wall. What this man was driving was so different that it just so happened to attract the wrong kind of attention. In fact, an illegal modification made police impound the car but not for a reason that one might think.

As it turned out, this individual’s ride of choice just so happened to be a Ford Crown Victoria. This is a car that has been synonymous with being a police cruiser for years.

It’s pretty common that one might see one of these things rolling down the road. It’s definitely not illegal to drive one. In fact, old police cruisers will even be auctioned off to the public after being used. However, fastening red and blue lights to any vehicle is illegal. While it doesn’t necessarily spell out “police impersonation” it certainly points in a suspicious direction. This is doubled down on when the car in question happens to be a Crown Vic.

This car, in particular, went even further than that. The car not only had the lights. It also had stickers that would lead one officer to believe that maybe the owner was a police officer.

After spotting the vehicle, law-enforcement would attempt to try and get any background to see if they could figure out who exactly, if anyone, had been pulled over by the car. The last thing we want is for a fake police officer to be running around.

As of today, we haven’t seen any updates to the story that originally aired back in 2016. Was this individual just a fan of law enforcement vehicles or was this something else entirely? Either scenario is entirely possible. 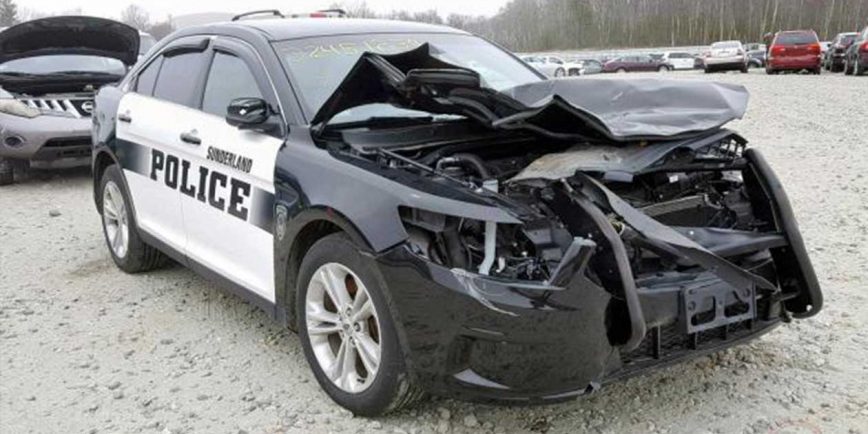