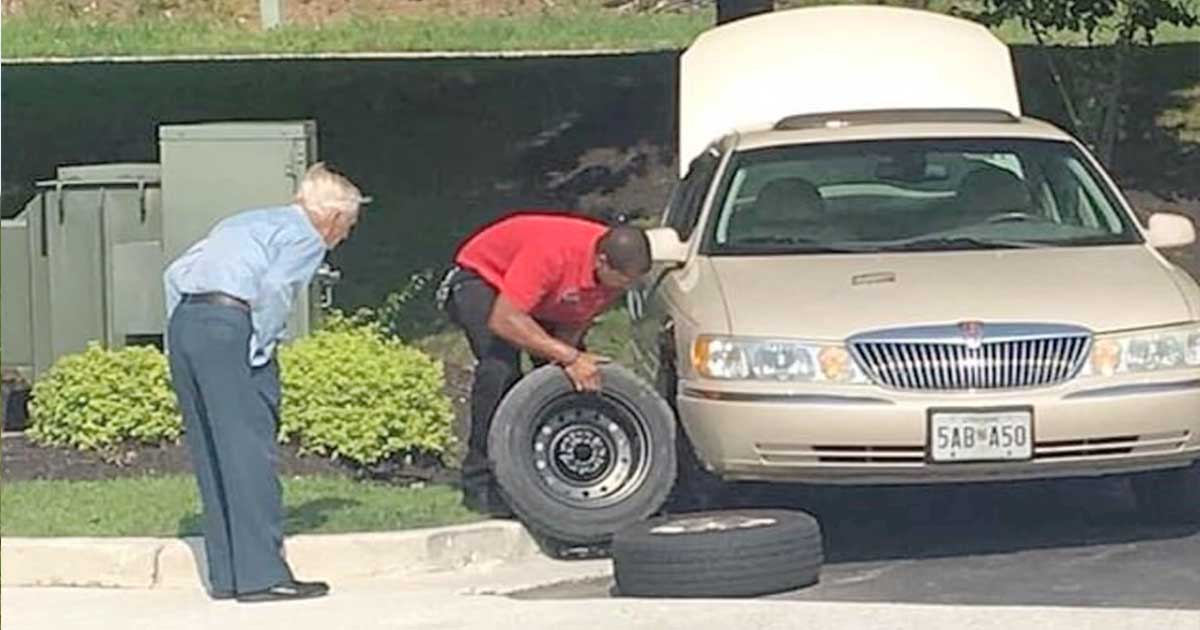 In a day and age where a lot of people seem to be up in arms with one another, there’s one thing that’s important to remember. We’re all human beings and all going through the same struggles in life. Every once in a while, it might be a good idea to reach out to your fellow human. We can all use a hand sometimes and helping out can be a way to feel good yourself as well.

When 96-year-old World War II veteran, “Mr. Lee,” Entered a Chick-Fil-A restaurant, he seemed to be rather out of sorts. Employees of the establishment described him as “shaking” and “almost in tears.”

Why was he like this? It turned out that Mr. Lee had barely made it to the restaurant. He said that his car had been basically driving on three wheels as one had gone down flat. Lee didn’t have anybody to help him out with the change of tire, either. He basically felt as if he was stranded with nowhere to turn.

Without skipping a beat, the store’s manager, Daryl Howard, decided that he needed to go help out Mr. Lee. He immediately jumped to action to head out to the car to assess the situation. From there, he would use his time and energy to help swap out the tire for one that could get Mr. Lee back on the road once again.

His coworkers say that Daryl is known for his going above and beyond. They thought that he deserved a little bit of recognition so they decided to snap some pictures of the interaction. They continued that Howard didn’t even know that he was being photographed. We’re sure glad that someone caught the moment, though. This is certainly an example that everybody should be able to take to heart and follow.

« THE LATEST: AZN Gives an Update on the Dung Beetle