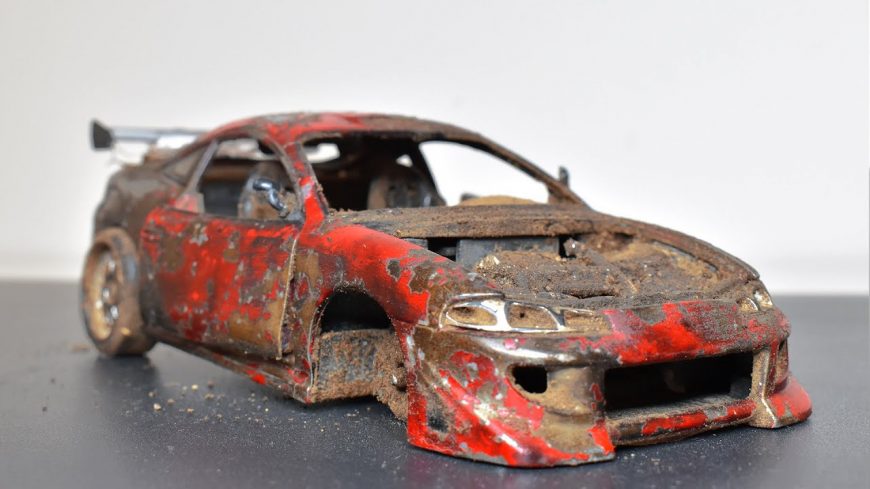 There are two kinds of people in this world.

On the one hand, we have the people who will just go out and buy something new to replace something broken. In many situations, this is going to be this path of least resistance. After all, it’s going to take time and focus in order to bring something broken back to life again. In order to get a replacement, all you have to do is break out the old wallet.

On the other hand, though, we have those who will make the most of what they have. These folks have been known to fix and maintain things a little bit more. Instead of just heading out and making an unnecessary expenditure, they’ll get to work to bring something back to life once again. Sometimes, this is done out of necessity due to money. Other times, though, people find it enjoyable and almost therapeutic to restore whatever the object is.

This time, we find a video that people who are fans of the latter are certainly going to enjoy.

The subject matter here is none other than a destroyed model car. The machine definitely appears to have been weathered and seen better days. However, the MrRescue YouTube channel isn’t about to let that stand in their way. While most would’ve just passed something like this by, this YouTube user saw it as an opportunity to create something new. By looking at the channel, it appears as if maybe this weathering had been done by the restorer himself. The outcome is all the same, though.

By following along with the video below, we get to see this diecast car broken down before it receives some TLC and is brought back to life again. Each piece is carefully crafted into a piece of the puzzle that makes the Mitsubishi Eclipse new again!

« Does the Price of a Drill Bit Sharpener Actually Matter? The Results Really Show