Restoring Hot wheels Of Brians Supra From Fast And The Furious 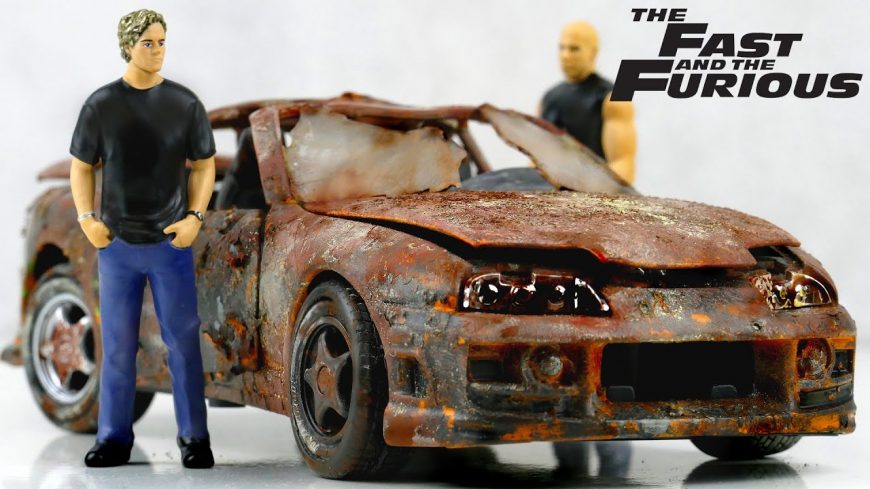 For those who might have a little bit of a murky memory of the roots of the bright orange Toyota Supra that basically boosted the Toyota Supra market forever, the car ended up being a repayment of debt, in the film. In the story, essentially, Paul Walker’s (Brian O’Conner) character loses a race to Vin Diesel’s character (Dominick Toretto). Given that the race was for the title to O’Conner’s car and the car in question ended up destroyed, one of the most iconic lines in the franchise was born when Toretto Uttered to O’Connner “You know you owe me a 10-second car, right?”

From there, the search was on and eventually, a ragged out old Supra would roll into the shop. From there, they would go on to build one of the most iconic cars in cinema history.

This time, we check out somebody who wanted to replicate that process with the help of a diecast car. In the world of diecast, there are all sorts of scaled-down creations built to mimic the real world.

In this particular demonstration, we check in with an individual who decided to create their very own custom diecast. Essentially, just like in the movie, the Supra starts as a wrecked carcass of a car. Before we know it, though, the restoration is on to bring the car to the same glory that it would receive in the film. It’s a pretty cool way to pay homage to the film that really kicked off one of the biggest movie franchises to ever live.